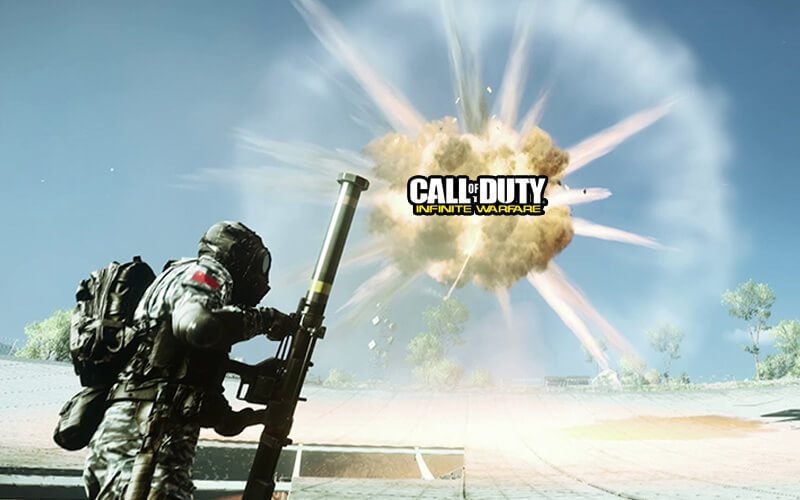 Today has been an exciting day for Call of Duty fans. The trailer for the highly anticipated Infinite Warfare was released showcasing its futuristic style of gameplay, along with the official announcement of a remastered Call of Duty 4: Modern Warfare.

It seems that not everyone is on board the Call of Duty hype train. A few developers involved with the Battlefield franchise took to Twitter in order to publicly slam the Infinite Warfare trailer.

Some of the verbal punches included, “Looks like a game from 10 years ago,” “…I did not like the look of it, ugly use of DOF, lighting dull,” and “How quaint!”

It is not uncommon for players to be partial to one FPS and take sides, but it’s not usually something that developers do publicly. Social media has always provided a platform for opinions, both positive and negative, but it’s a rare thing when companies attack each other with verbal scrutiny.

Julian Manolov, DICE Engineer, commented on the amount of CG in the trailer and demanded actual game play.

Randy Evans, who helped create the upcoming Battlefield trailer, also got in on the action.

However, fans of the upcoming Activision release also spoke their minds by defending the game and replying to the Battlefield devs.

Smedberg stated that his comments were just friendly competition and all in good fun, but it appears that his previous tweets have been removed, making him look guilty of game-bashing.

It definitely did not prevent people from noticing them, though. It will be interesting to see if any Activision or Infinity Ward devs decide to take to Twitter in order to criticize the Battlefield trailer on Friday.