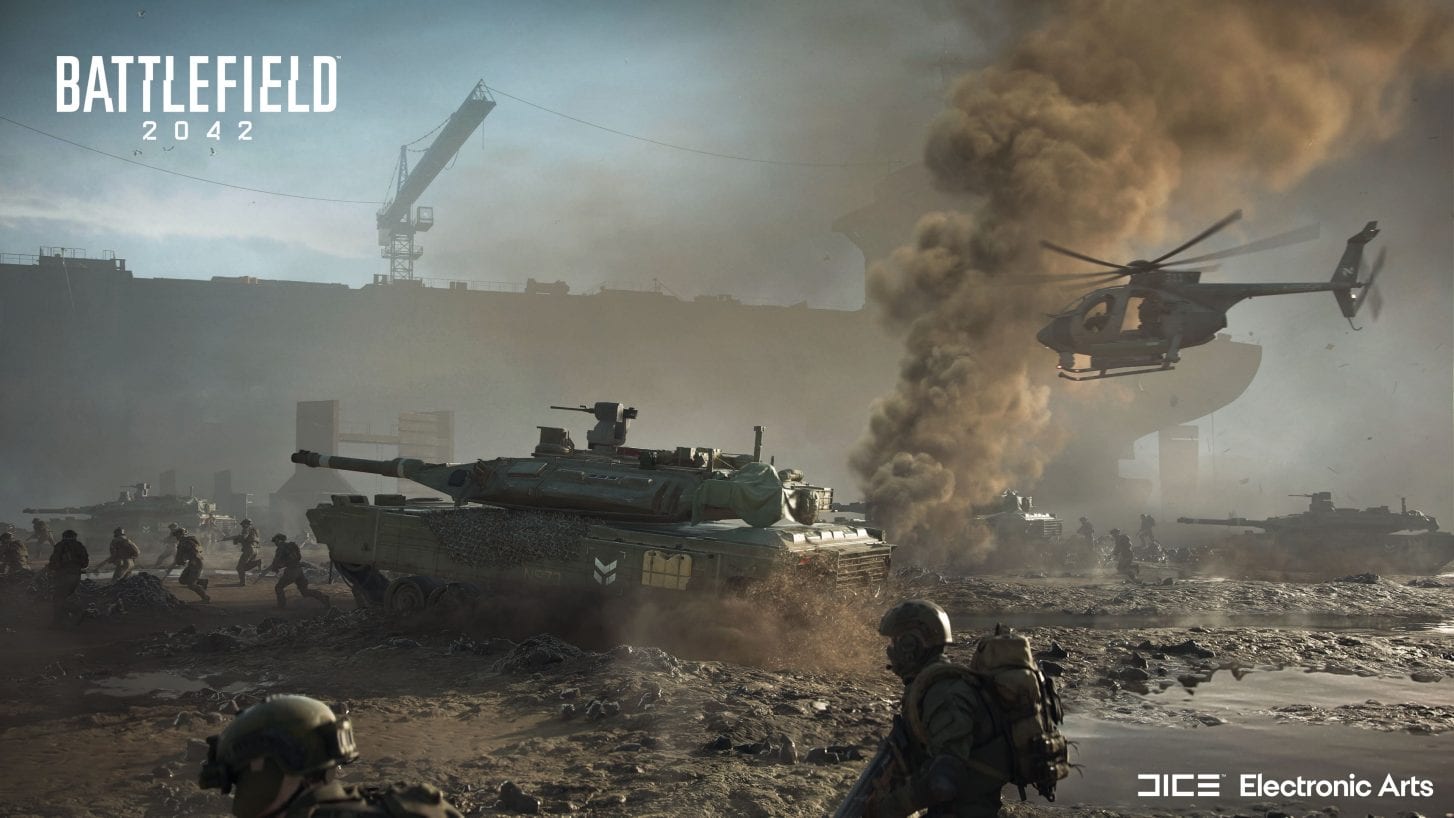 PC players looking to level up their setup can get this limited Battlefield 2042 and GeForce RTX bundle for their desktop or laptops.

Battlefield 2042 will put any PC to the test with its 128 player matches and large-scale destruction. So obviously you’ll want a machine that can take push its graphics to the limit.

We already knew that Battlefield 2042 was partnered with NVIDIA. However, this bundle will bring players closer to the action with an authentic Battlefield experience in one nice package.

PUSHING THE BATTLEFIELD TO THE LIMIT

The latest GeForce RTX desktops and laptops offer NVIDIA DLSS and Ray Tracing. This allows PC players to play with stunning visuals and smooth framerates. NVIDIA claim that DLSS will often double frame rates at 4K. Players can get the bundle by picking up an INNO3D RTX 3090, 3080 Ti, 3080, 3070 TI, or 3070 systems. Purchasing one of the bundles will grant players early access to the 2042 beta and more. You can check out where to buy your preferred system here.

In an announcement on the partnership between Battlefield and NVIDIA, Head of Technology for EA Studios Europe Seth Christie stated:

Going by the trailers, using one of NVIDIA GeForce bundles will be the best way to play Battlefield 2042. NVIDIA also announced more games would be recieving DLSS and Ray Tracing support. Among them was Guardians of the Galaxy, Dying Light 2, Myst and many more.

Battlefield 2042 will launch on October 22nd across PlayStation 4, PlayStation 5, Xbox One, Xbox Series X and PC. Players can secure their copy now when purchasing one of NVIDIA’s eligable systems.

Do you think you’ll be picking up this limited time GeForce Battlefield bundle? Let us know over on our social channels!