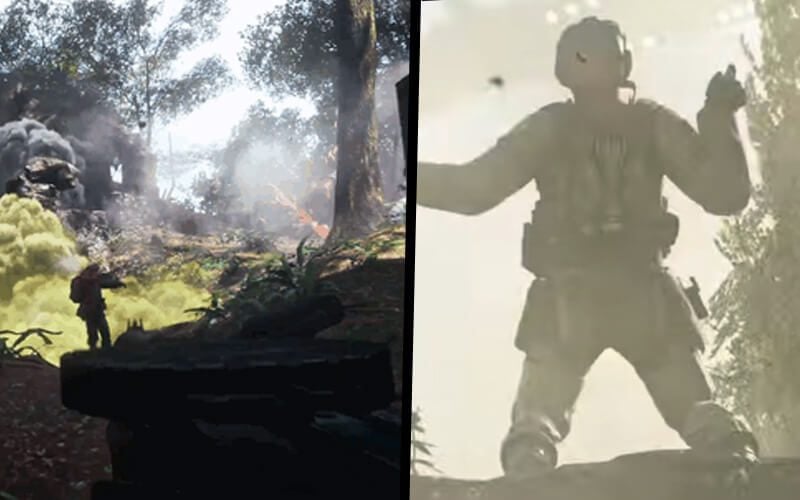 EA and DICE revealed its next Battlefield game today during a livestream event it hosted in London. The game called Battlefield 1 will be set during World War 1 era and feature some really cool locations.

The reveal trailer has got the gaming community hyped up and has received an overwhelmingly positive response on Youtube. This is in stark contrast with the Infinite Warfare trailer, which was uploaded by Activision on May 2nd, 2016.

Infinity Warfare’s announcement trailer has created the notorious record of being the most disliked Call of Duty game trailer ever and it looks like DICE has rubbed some salt to their wounds by releasing the trailer for Battlefield 1.

Battlefield 1 now has more than 212,000 likes (at the time of writing, it’ll increase fast) while the Call of Duty trailer sits at roughly 208,300 likes. What’s important here though is that the Battlefield 1 trailer has been live on Youtube for just over two hours at the time of going to press while the Call of Duty trailer was uploaded nearly 6 days ago.

This shows how much of a difference in sentiment both the game’s announcement trailers have received from the gaming community and how Battlefield has demolished Infinite Warfare when it comes to getting positive sentiment.

However, the Infinite Warfare currently sits at a staggering 501,200 dislikes on youtube. That’s the most negative sentiment any Call of Duty game trailer has received ever. In comparison, the Battlefield 1 reveal trailer has only accumulated over 6000 dislikes so far. Another overwhelmingly easy victory over its competitor.

All in all, it’s safe to say EA and DICE has finally managed to do something that it’s been trying since years, totally 1up Call of Duty with the Battlefield series. This seems to be the biggest win it has managed to score over its direct competitor ever.

It is safe to assume that this is mostly due to the immense criticism the CoD franchise received for going to space with its latest entry while DICE did a huge fan-service for taking its shooter franchise back to its roots by announcing Battlefield 1 is going to be set during world war 1.

It’ll be interesting to see the final reception and how things progress as more about both games get revealed but DICE looks poised to finally topple Call of Duty from its throne this year, a dream it has been living since it first begun releasing the Battlefield franchise.