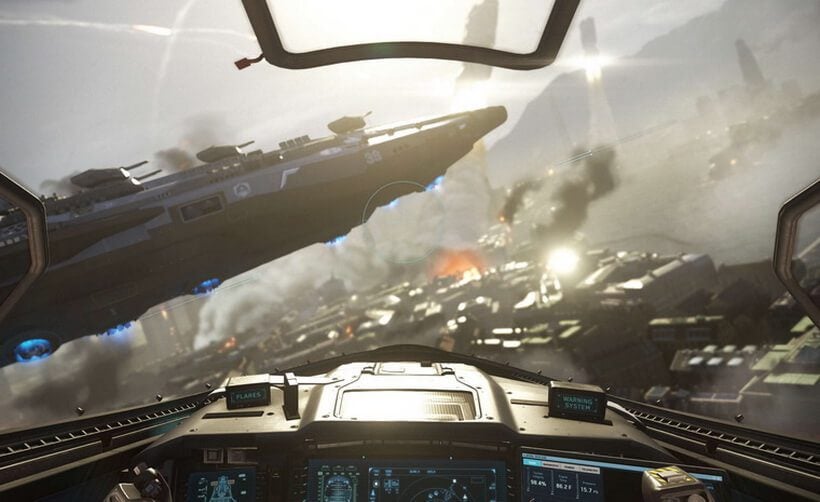 Infinite Warfare, the latest Call of Duty game from Activision and Infinity Ward, was announced on May 2 and it was followed up with a reveal trailer. The trailer revealed that the game was going into space with lots of futuristic elements thrown into it.

This didn’t seem to go down too well with the Call of Duty community and the gaming community at large and the trailer ended up creating a rather unwanted record. Infinite Warfare reveal trailer now holds the record for the most dislikes on any videogame trailer ever. Yeah, let that sink in.

The issue seemed to have caught the attention of investors too since the trailer has raked in over 10 million views on Youtube and currently has almost 600,000 dislikes to its name. Activision’s CEO Eric Hirshberg was forced to react to a question directly regarding this unpleasant development.

Hirshberg said that he had to give credit where it’s due and that’s about how passionate gamers were in general. He said that getting so many reactions is proof that the Call of Duty franchise has a large fan base and they truly care about it.

First of all, you gotta love the passion of gamers. This is an industry like no other and a fan base like no other. We love that our fans treat this franchise like their own and have such strong points of view about it.

He said it was a blessing in disguise that the Call of Duty franchise was capable of generating such reactions and said not many others in the world could achieve something similar.

There just aren’t many entertainment franchises on earth that can generate the kind of passion that Call of Duty can… and that’s a good thing.

He went on to say that the company knows many people want a more traditional war-experience and hence it announced the Modern Warfare remaster. However, he felt there still remains a large audience who also wants to have unique new experiences with Call of Duty year-after-year.

Hirshberg felt that Call of Duty is going to deliver a balanced and strong offering this year and felt that things are looking good for the franchise.

The good news is this year we found a way to deliver both in one package while keeping our community together. While of course we see the passionate opinions on line, we also look at other measurements and the fact is—while it’s very early—pre-orders are off to a very strong start. Views of the reveal trailer… are up and, in fact, the number of likes per view on the Infinite Warfare trailer are the highest we’ve ever seen.

To add insult to injury, EA released the first trailer for its next entry into the Battlefield series, Battlefield 1. The trailer got more likes on youtube within 2 hours than Infinite Warfare’s trailer had managed to secure in more than 5 days. It’s dislikes tally is merely about 5% that of the Infinite Warfare trailer.

Overall, Call of Duty seems to be pushed to the backfoot this year and Modern Warfare remaster might be its only saving grace, till now. We hope things change as more is revealed about both the games. Battlefield has a clear upper hand over its competitor at the moment.