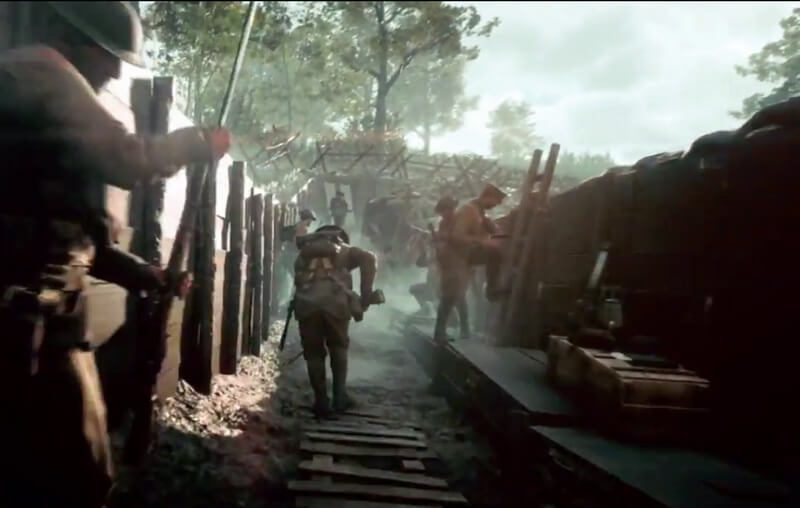 Two of the world’s largest shooter franchises recently released the trailers for its upcoming titles. Activision’s Call of Duty franchise, which holds the distinction of being the most successful first-person shooter franchise ever, announced its next game, Call of Duty: Infinite Warfare, while EA didn’t take long to announce its own next entry into Battlefield, it’s long running shooter series, Battlefield 1.

The reception both received are as different as anything we’ve ever seen. While the trailer of Infinite Warfare was met with an extremely harsh reception on Youtube, making it the most disliked videogame trailer ever on Youtube and the fourth most disliked video ever (1.65 million and counting), surpassing videos like Miley Cyrus’s Wrecking Ball and PSY’s Gangnam Style, Battlefield did the exact opposite.

It received an overwhelmingly positive response and has went on to become the most liked Youtube trailer ever across any entertainment medium. It also maintains an extremely healthy likes to dislikes ratio, with just over 20,000 dislikes compared to more than 1.2 million likes. Its closest competitor, Star Wars: Force Awakens trailer only has 666,000 likes to its name. That’s barely the halfway point of Battlefield 1.

Battlefield 1 hasn’t only impressed the gamers but the developers of this year’s Call of Duty iteration, Infinity Ward, as well, with many of its developers congratulating the team at DICE for putting together a great trailer.

DICE on the other hand, were guilty of trash talking Infinity Warfare but quickly realized its folly and removed the tweets doing so. However, it was live long enough for us to cover it.

The general consensus about how DICE managed to do, what no other Battlefield game was able to do against Call of Duty, is that it gave fans something they wanted, while its competitor did the exact opposite.

People seemed to have grown tired of the modern-day war setting, and Call of Duty shot itself in the foot by announcing it was taking its war into space with Infinite Warfare. DICE and EA did the exact opposite, by announcing Battlefield 1, will be taking place during world war 1, offering you a realistic experience of what they consider to be the first modern day war.

Call of Duty’s only saving grace during its announcement, came in the form of Modern Warfare remastered, which will be remade from the ground up for current-gen consoles.

However, the Raven Software developed game, can only be acquired if you purchase a special edition of Infinity Warfare, a move that hasn’t gone down too well with the gaming community.

It’s still early days and you can’t be sure about how things pan out as both the games get closer to release date, but Battlefield is off to a start unlike anything it had enjoyed against its competitor, and this might finally be the year where it manages to overthrow Call of Duty from the number one spot.