Ubisoft decided to show off Sony’s remote play capabilities between the PS4 and the PS Vita live on stage at the Gamescom press conference. Tensions were high after the bungling of their live demonstration at E3. Will it glitch out again?

No, in fact it went off without a hitch. We see Edward Kenway and an unnamed pirate discussing their lot in life before they begin their pirating by attacking a naval fort. They fire the cannons and maneuver the ship around the seas. Once the fort was destroyed the action moved to another developers on a PS Vita to continue the mission.

The new developer played some more, this time while on foot as Kenway made his way through the remains of the docks and fort. He made his way into building to talk about Templar stuff and then the demo ended.

Then Ubisoft showed off some PS3/PS4 exclusive content. Assassin’s Creed 3: Liberation’s Aveline will show up and have her own section of the game. 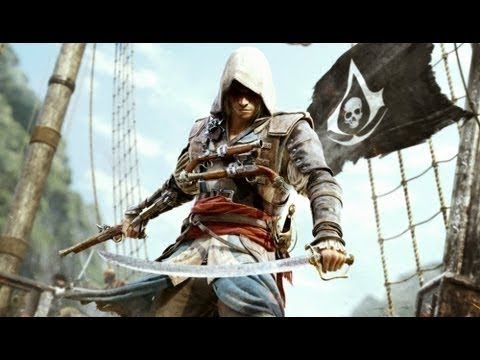