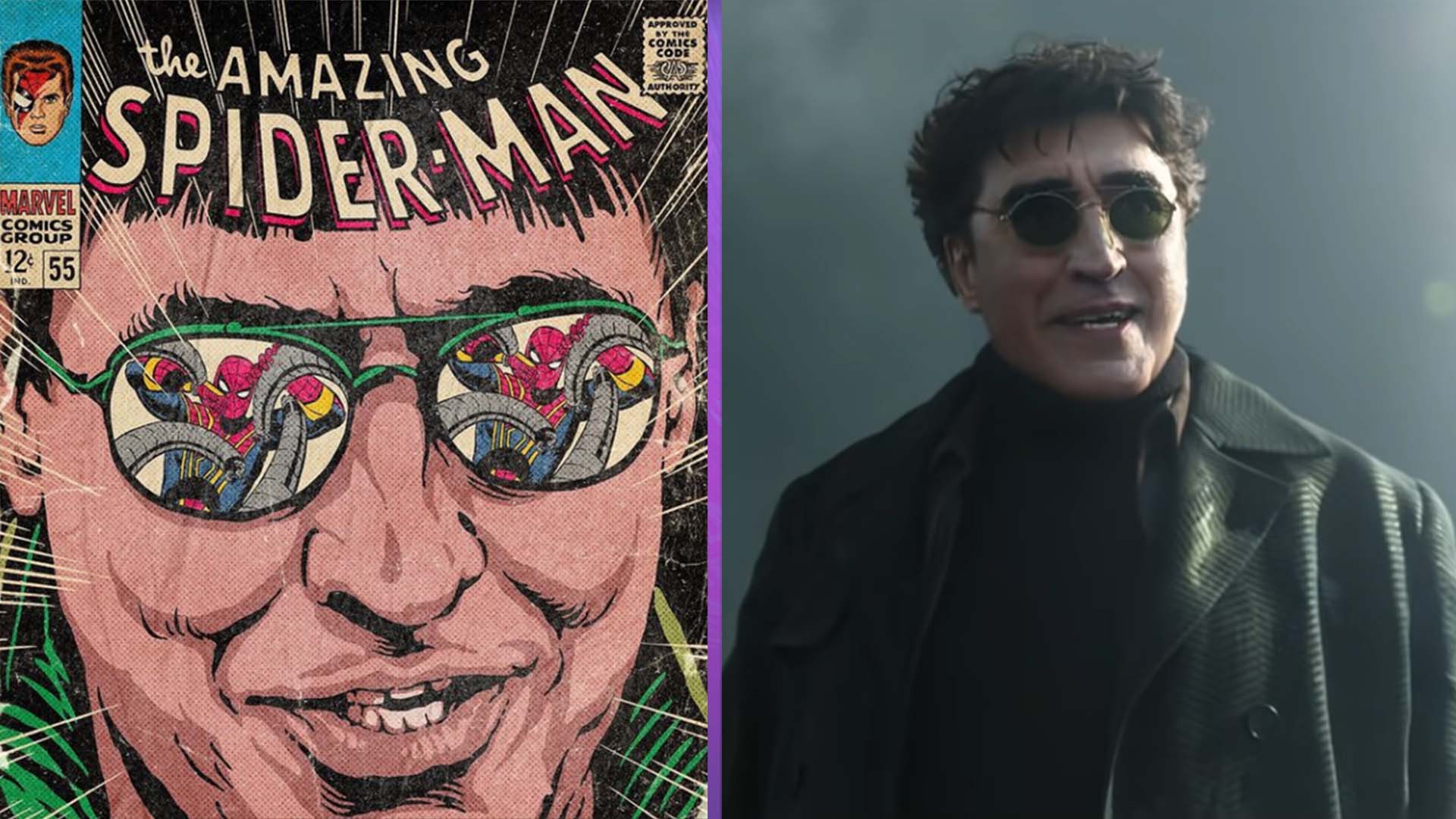 An iconic moment from the new Spider-Man: No Way Home movie has been stunningly illustrated in the style of a vintage Spider-Man comic book [via ScreenRant]

Spider-Man: No Way Home is taking the box office by storm, web-pulling in over $1 billion at the global box office [via Deadline]. The film is received resoundingly well from fans and critics alike. It’s currently sitting at a huge 94% score on Rotten Tomatoes with audiences rating it at an almost perfect 98%.

Part of why the film is proving so popular is because it ties together all of the old Spider-Man films. Villains from the Tobey Maguire and Andrew Garfield movies all appear in the movie, much to fans delight. The plot even improves several of their character arcs from previous films.

One iconic moment from the movie has been picked up by fans after it appeared in one of the very first trailers. Right after Alfred Molina’s Doctor Octopus gets pulled into the MCU, he confronts Peter Parker on top of a congested highway. He utters the immortal line, “Hello Peter” which has ended up becoming a bit of a meme.

One talented artist has recreated this moment in a super stylistic way, re-imagining the moment as if it were a vintage Spider-Man comic book cover. Instagram user and artist ‘thebutcherbilly’ posted the incredible artwork over the weekend. It depicts the scene from a close up angle of Alfred Molina’s face in accurate costume. You can even see the reflection of Tom Holland’s Spider-Man in his glasses. Peter Parker is even wearing the iconic nano-tech suit just as he does in the movie.

It’s incredibly cool to see the scene from No Way Home depicted in such a classic manner. For any Marvel or Spider-Man fan, this would be fantastic to hang up as a print. The artist has a Redbubble store if you’re interested in purchasing any of their art.

What do you think about this incredible Spider-Man: No Way Home comic artwork? Let us know across our social channels.