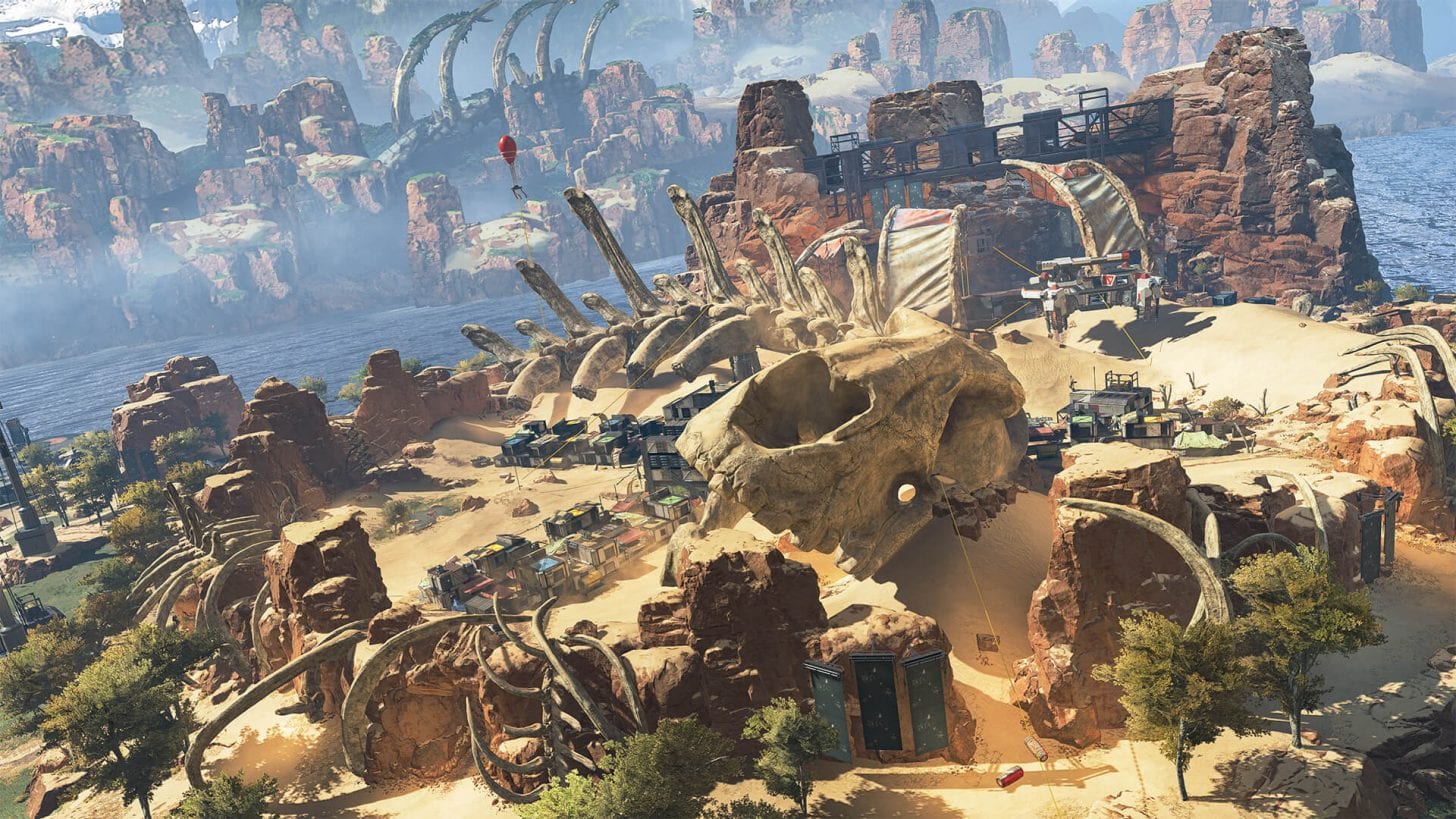 After several teases, the Genesis Collection event has finally been unveiled in this mid-season update for Apex Legends.

Sticking with Season 9’s theme of ‘Legacy’, this collection event focuses on bringing back old content from Apex’s past. Alongside the original Kings Canyon map, there’s also the first rendition of World’s Edge.

The update brings those landscapes right back to the way they looked when they launched in 2019. It’s interesting to see just how drastic the changes have been to these maps over time. At least in my head, I can’t imagine them looking that different to the day they were released. However, the comparison shots in the trailer make it plain that plenty has been altered over the last couple of years.

The new maps will be implemented when the event begins on June 29th. They’ll move in and out of rotation every hour, so there’s plenty of opportunity to play either locale. They’ll replace the normal maps while the event runs. New fans will get a chance to experience some of the games history while veterans will get to relive the glory days.

It’s the update that everyone has been waiting for – Skull Town is finally playable as a dedicated Arenas map. Respawn jests that this was a community requested feature mere minutes after Arenas was announced.

Skull Town joins the rest of the Arena maps in rotation every hour. It’s not yet specified as to whether Skull Town will be a mainstay once the event ends. Respawn has said in the past that it would rather put effort into creating Arenas maps from scratch. With the immense popularity of Skull Town, this seems to be the rare exception.

Also in the Apex Legends Genesis event is a brand new heirloom, This time, Revenant is the latest legend to receive one. His takes the form of a wicked sharp scythe that looks as though it will cleave opponents with ease.

To unlock it, you’ll need to collect all 24 of the event items. These can be obtained either via direct purchases or in event specific packs. Alternatively, you can wait until the end of the collection event. The Revenant heirloom will then be available to craft using the usual heirloom crafting system.

Alongside the fun stuff, Apex Legends will see some big changes to the back end with this update. Specifically, Revenant and Lifeline have seen some tweaks to their abilities and hitboxes.

Revenant is now slightly slimmer, particularly in his midriff, arms, and upper legs. On the contrary, Lifeline has been widened around her legs and waist so that the hitbox better fits her character model. Hopefully, this should help players feel less frustrated when their bullets don’t connect with their target.

Revenant’s climbing ability has seen a tremendous buff. The height at which he can climb has been increased to the point where you’ll never have to worry about it. Respawn iterates that it’s not unlimited, but it might as well be for all the structures you’ll be climbing as him. A clip on Twitter shows just how far the robot lad can climb when he puts his mind to it.

Bloodhound’s Eye of the Allfather ability has been nerfed slightly. The scan reveal time is now three seconds as opposed to four. The duration of Beast of the Hunt has also been decreased from 35 to 30 seconds, though this length can still be increased by downing enemies.

A bunch of other minor tweaks have been made to the weapon balance as well as the prices in Arenas. You can read the full list over on the Apex Legends site.

What do you make of the Apex Legends Genesis Collection event? Let us know across our social channels.