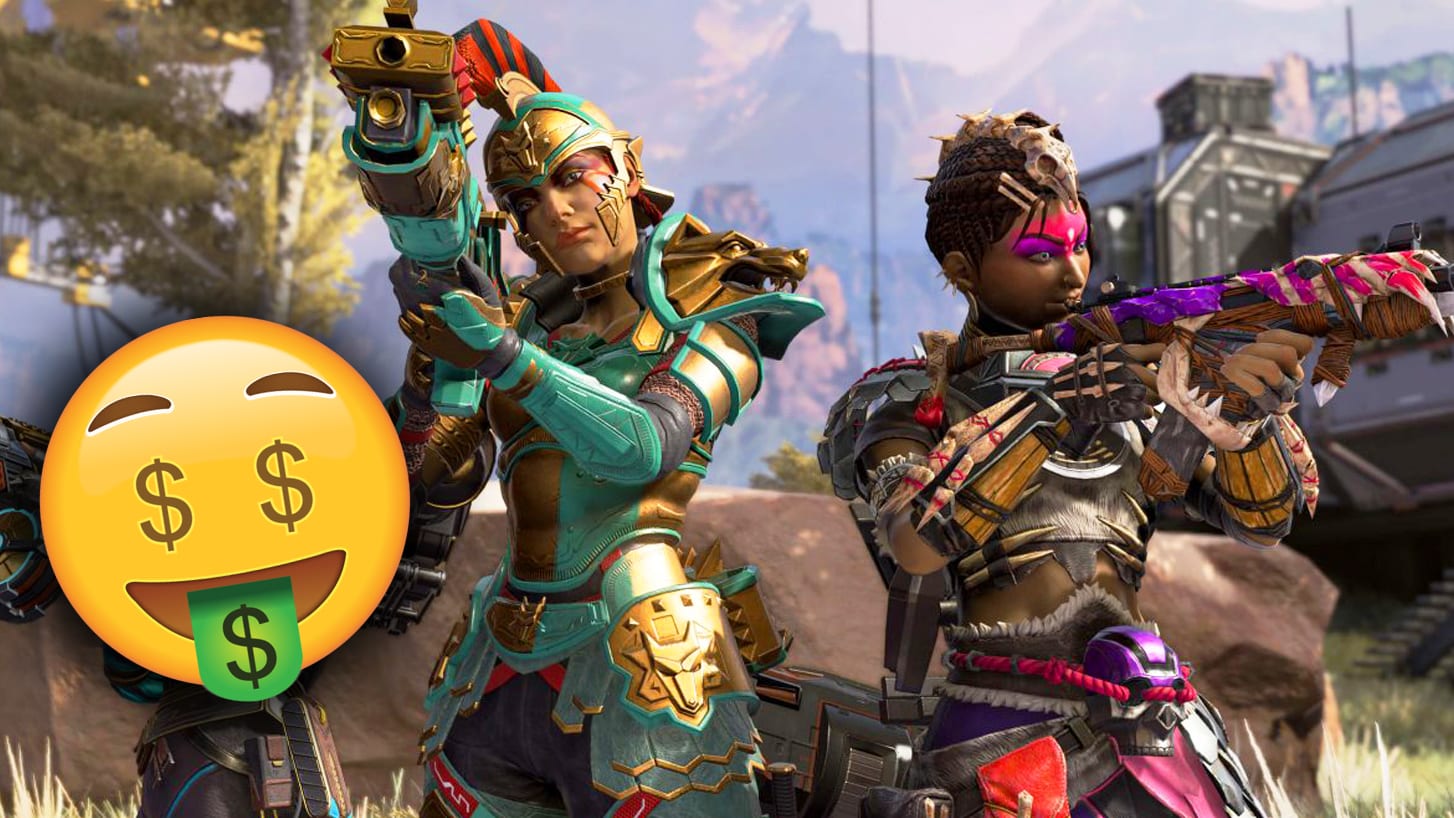 A developer at Respawn Entertainment has responded to criticism of the monetization in Apex Legends.

In a Reddit AMA, members of the Apex Legends community were invited to ask about the most recent Legacy season update.

While initially reluctant, the director of monetization at Respawn Entertainment eventually agreed to take questions from the event.

One user asked the brave question as to whether there are plans to introduce more affordable cosmetic items to the game. They feel that asking ~$20 for a microtransaction is a lot and that it’s hard to justify the expense for one item.

The cosmetic items the user refers to are the Legend bundles that cost upwards of 2,500 of the in-game currency. While this currency can be earned via the Battle Pass, the only way to garner enough to purchase a pack is with real-world cash. It’s not possible to purchase 2,500 Apex Coins outright – you’ll need to fork out either £31.99 for 4,350 or £15.99 for 2,150.

In response, Respawn Entertainment say that “pricing is tricky and something [they] think about constantly”. The response asks players to understand that Respawn Entertainment is still a business and that they have to operate healthily. It says that if players still expect new Game Modes, Maps, and Features to arrive in Apex Legends, that has to come at a cost somewhere.

“As much as people think we can turn cosmetics out easily because our competition outputs content at a high rate, our team is much smaller and spends more time on our skins,” the Director of Comms relays. “The part of the equation people miss is the expense side of the people we have working on these things and the fact that we can’t work 24/7. It’s more expensive than people think in terms of [the] number of people and hours because people don’t factor in tons of back and forth on concept, QA, ideation, creation, etc.”

What did the community make of Respawn’s answer?

Though Respawn’s answer was lengthy, some felt as though it didn’t say very much. The most upvoted reply says that the response feels like a “non-answer”.

“You said a lot, but nothing actually touched on a yes or no answer to the actual questions,” says Reddit user u/THEPuplipFM. “You said “this is what goes into our decisions” without actually saying what decisions you’ve made. It’s nice to hear what goes into it, but that wasn’t the question.”

Other users suggest that halving the prices of cosmetic skins in Apex Legends would lead to a 100% increase in sales. While some agree, others are quick to point at that guessing potential sales is never a sure-fire way of making business moves.

The Apex Legends team is usually pretty good at interacting with its community, especially on Reddit. Last week, a developer responded to the suggestion that players who abandon matches should be fined.

What do you think about the monetization in Apex Legends? Let us know across our social channels.