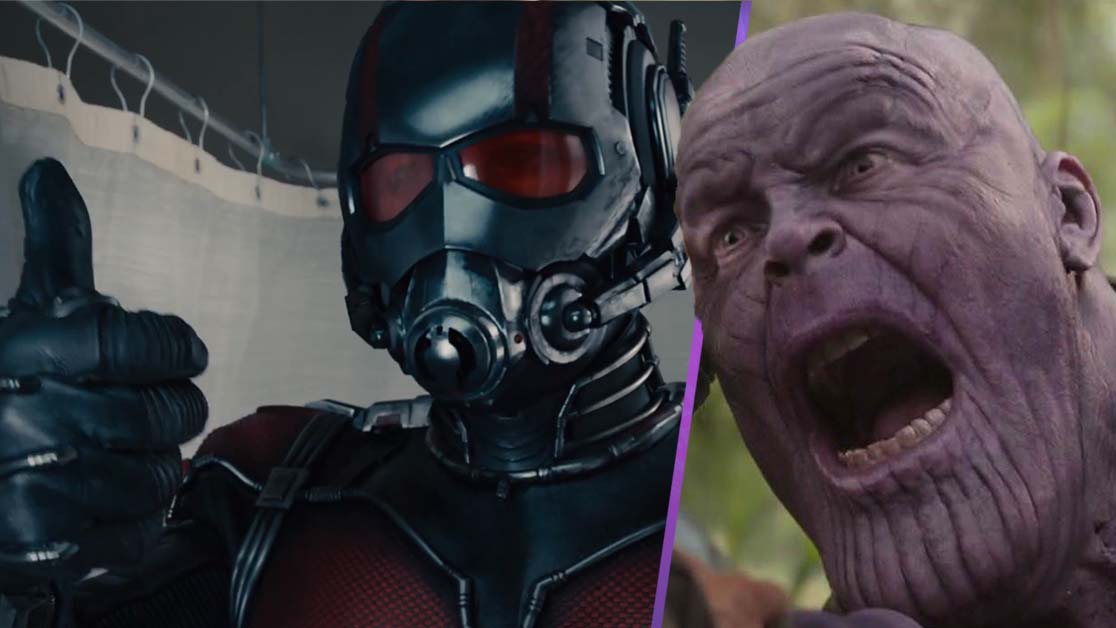 The classic meme has finally been explained by Ant Man actor Paul Rudd, who addresses the Thanos situation in a new video.

Avengers: Endgame may have concluded years ago now, but many still wonder what might happen if a certain Ant Man strategy was put to the test. For a while, fans joked about Ant Man ending the battle by shrinking down, crawling inside Thanos then expanding again.

And while we never got that scene in the MCU, we got a similar scene play out in grotesque fashion on The Boys by Amazon. However, Ant Man himself has actually addressed the situation in a new video.

The video was created for Disney’s new Disney Wish cruise. It’s a part of the “Quantum Encounter” show on the cruise ship, where Scott Lang and Hope Van Dyne both make an appearance.

In the video Ant Man says “Hi, I’m Scott Lang, but you might know me as Ant-Man… Look, before we start, let me address the elephant in the room. There’s a lot of chatter out there asking why I didn’t shrink down, go in and uh… kill Thanos in a really creative way. First of all, gross. Secondly, it’s much more complicated than that. Allow me to explain-“

He’s then cut off by Hope abruptly, leaving us wondering where he was actually going to go with that discussion. Kind of a shame we don’t hear more, but this is Disney, so this is already more than I expected them to address.

Ant Man is set to return in Ant Man and the Wasp: Quantumania, which releases next year. Before then, we have Thor: Love and Thunder to look forward to. The film sees the return of Chris Hemsworth as Thor alongside Christian Bale as new villain Gorr the God Butcher.