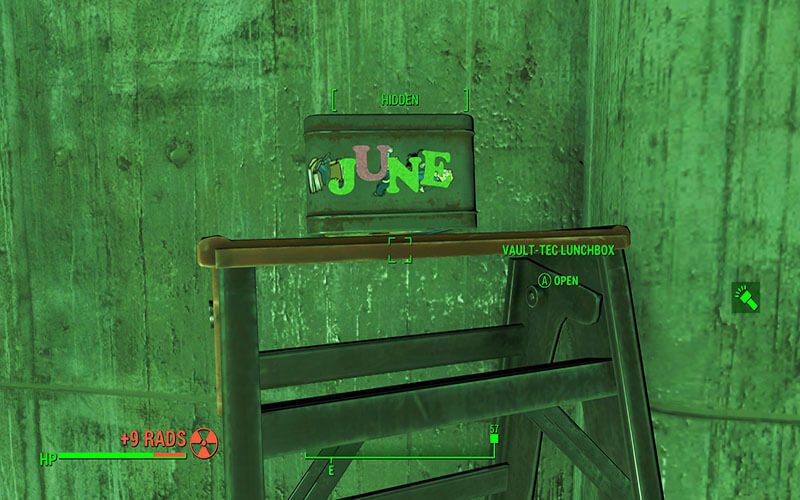 Fallout 4’s Automatron DLC launched just a few days ago, and already players have uncovered a couple of Easter Eggs. We covered one that shows two toys playing a split screen game (if you use your imagination a bit), which might hint at a co-op multiplayer mode in the future. Read all about that here.

Perhaps more interesting however is this Easter Egg. It just says “JUNE” on a lunchbox. It’s not unusual for lunchboxes to have something written on them, but it is unusual for it to be so specific. What could it mean?

Well, as it turns out, Bethesda has already announced their second E3 conference set for June of this year. Additionally, when they raised the price of the season pass, they said they did it based off the fact that they planned on making more DLC for Fallout 4 than initially planned.

Now, it doesn’t take a blue meth cooking chemist to add a few things together. More DLC, June press conference, and the fact that the Easter Egg is located within a DLC all point to a pretty clear message that Bethesda is going to top off their press conference with the announcement of future DLC plans for Fallout 4.

We hope that Bethesda continues improving upon Fallout 4 through free updates as well. Most of us have the season pass I’m assuming, but there’s always the people that couldn’t get it or were too skeptical of it. They too deserve some additional content. Most notably is the update to Survival Mode that will be available for everyone very soon. Read all about the details here.

As a cool side note, Bethesda’s Easter Eggs do sometimes tell a deeper story into their planning. Take this poster for example, that was in Fallout 4 since day one and clearly shows their plans for the first DLC.

The GTA Trilogy Has A Red Dead Redemption Easter Egg