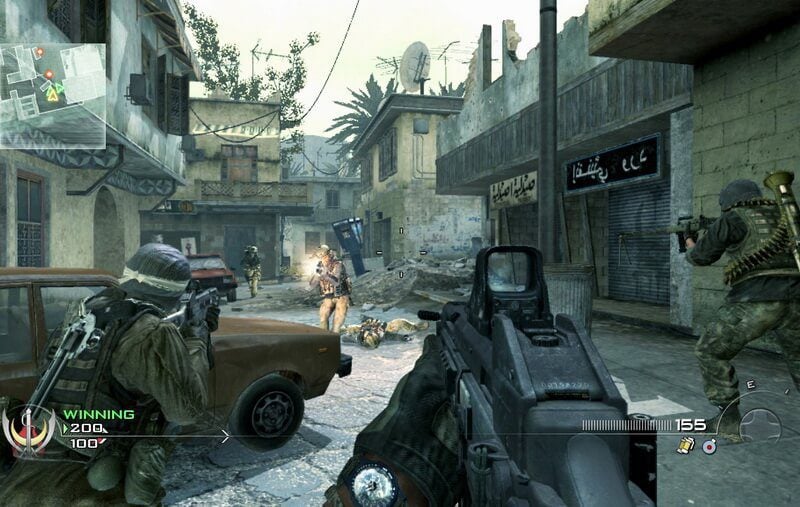 Another day brings with it another leak. This time it involves the next Call of Duty game (again) and comes from a site called Thetechgame. Apparently the new Call of Duty game will come with Modern Warfare 1 & 2 as pre-order bonus.

If true, this might be a great move from Activision’s end especially considering how popular both these titles are within the Call of Duty community.

The source states that both the games will be made backwards compatible and won’t be remastered. The source also claims it is far more likely that it’ll be a Xbox exclusive feature since Xbox has been known to offer such bonuses with many other big releases in the past.

They’re not ruling out the possibility of this being rolled out for the PS4 either although they’re not sure what Sony’s exact plans are at this point.

The rumor might not be entirely baseless as Microsoft has been known to carry out similar schemes in the past. The most recent example being Fallout 4, which shipped with a backwards compatible copy of Fallout 3 on the Xbox One.

There is even more evidence that makes this possibility seem like a genuine one.

Publishers in recent times have come out with a similar pre-order bonus strategy for many big releases. Mentioned below are a few examples that stand out (which came with backward compatible games) –

Not only this, the PS3 and Xbox 360 version of Black Ops 3 actually came with a digital download code for Black Ops 1. This proves that Activision has infact tried out a similar marketing strategy in the past.

Although, this seems possible but nothing official has been announced as yet and this should obviously be taken with a grain of salt. The ‘credible’ source also doesn’t really help much since we don’t know the origin of it.

We’ll have more updates when Activision finally announces what the next Call of Duty title is going to be. For now, we can just try to comprehend every rumor that is coming out.

More articles you must read