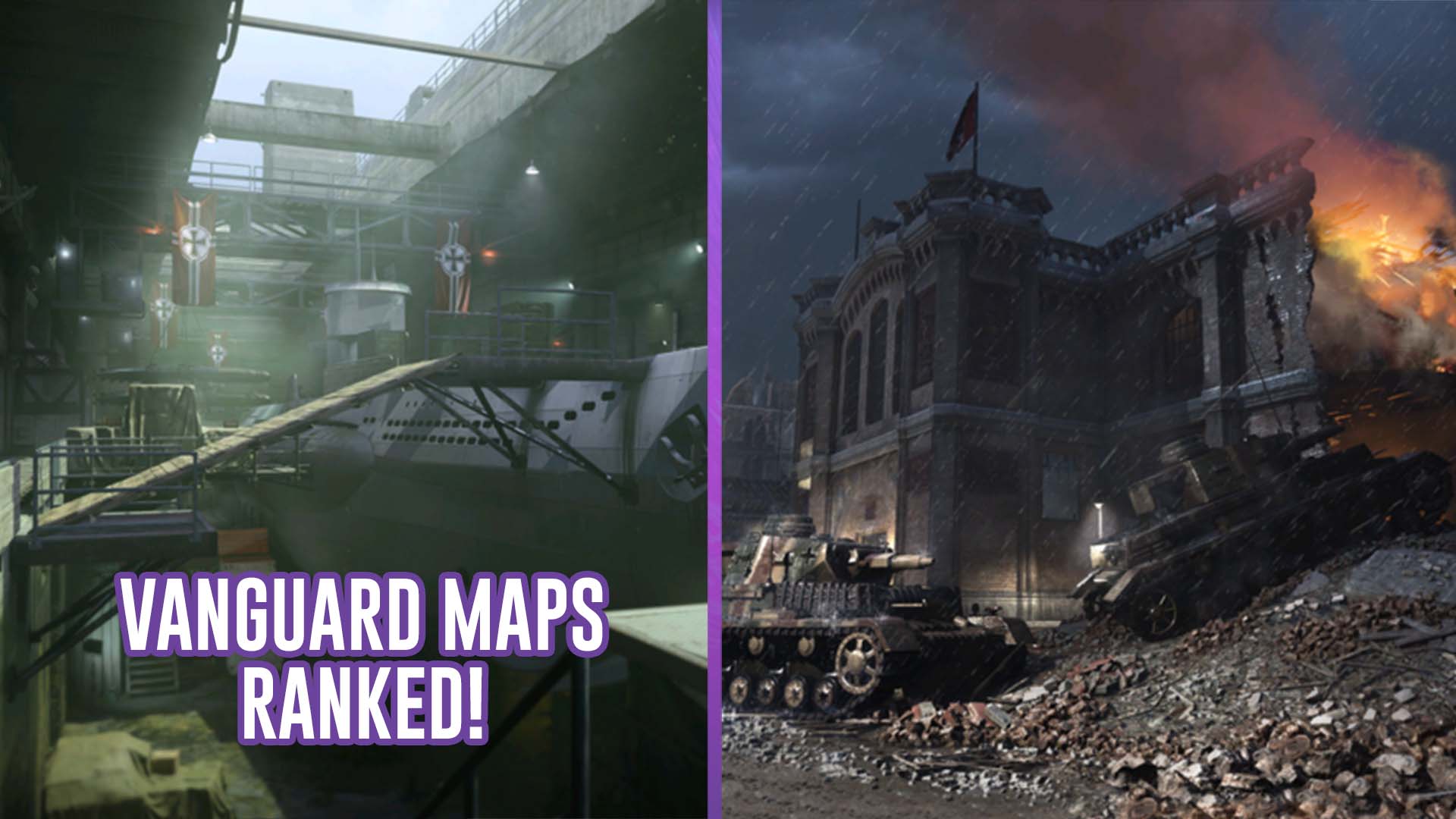 Call of Duty: Vanguard has been out for over a month now, and that’s given us plenty of time to settle into each of the maps available at launch.

With 16 maps, Vanguard has an incredibly diverse set of locations for us to wage war. Not all of them are stunning to play on, but there are at least a few gems that already stand out as favourites.

Here are the 16 launch maps of Call of Duty: Vanguard multiplayer, ranked.

I just know I’m going to get slated for this, but I’m not a huge fan of the Castle remake in Vanguard. Sure, it looks pretty and certainly has the World at War nostalgia. However, much of the action ends up bunching up in the temple. The outdoor space is rather wasted, in my opinion.

Maybe it’s just because we played a lot of this map in the beta, but I’m also not a huge fan of Gavutu. This map follows the traditional three lane system the most, but that also means there’s little opportunity to pull off flank manoeuvres. It’s also incredibly easy to sit and camp above the run aground landing craft, making objectives frustrating to attack.

Look, Das Haus has its place in Call of Duty – I am aware. It’s clearly touted as the grind fest map of the bunch. Want to rack up a bunch of kills and level up a weapon quickly? Das Haus is the map for you. Just don’t expect to live any longer than a few seconds, especially on Blitz combat pacing.

Red Star isn’t at all a bad map, I just find it very inconsistent. On Tactical combat pacing, it feels far too empty. Snipers rule here with the vantage point atop the buildings and peeking out from the windows. It can be hard to spot and take out those pesky players which makes it frustrating to play on traditional team deathmatch modes.

Here’s another World at War remake, this time one that I like a little more. It offers about as much chaos as Das Haus but in a much more interesting setting. Way up high above a ruined skyline, Dome has some stunning visuals. You will end up dying constantly, and don’t expect to be getting any long range kills. However, I do find it a little more entertaining than Das Haus which makes it my go-to grind fest.

I quite like Berlin, but its dark setting and dull layout lets it down. Visibility can be quite tricky in those dark corners, and funneling players through tight corridors doesn’t make for the most entertaining gameplay. However, the middle section with multiple vertical layers does add a neat bit of variety to the map which is its saving grace.

Numa Numa gets points for being one of the most WW2-feeling maps of the bunch. With deep-rooted trenches and dug-out bunkers, it’s certainly one of the more immersive maps on the roster. However, the tight choke points and obscure angles make for very poor visibility at the best of times. I do enjoy the layout, though. Many a decent flank has been pulled off on this map so far.

Another map from the beta, Eagle’s Nest is a surprising one for me. It’s layout is decidedly basic, but I always find myself having good fun with it. Maybe the familiarity makes it easier to get the hang of? Either way, Eagle’s Nest feels like a classic COD map which is why it’s so high up on the list.

Another map that feels decidedly COD is Decoy. Set between a bunch of farmhouses in the broad daylight, I appreciate this map for its clear lines of sight and visibility. This is the map that I also think best shows off the new destructible environments. Each of the buildings slowly become more weathered as matches go on. It opens up the possibility for some unique peeking tactics, too.

The ruins of Oasis have offered some of my favourite moments in Vanguard so far. With the searing orange heat bearing down on the player, it’s not only one of the better map layouts, but it looks pretty stunning too. Lanes to the left, right, and overhead offer some good sniping angles too, but it’s fairly easy to flank behind to prevent snipers from becoming annoying.

Another surprise favourite, Demyansk is set in a wintry forest complete with an ancient looking church and log cabin. A lane adjacent to a frozen lake has seen some of the best sniper battles I’ve had in Vanguard so far. Dipping up and down behind snow drifts creates a fun game of whack-a-mole, and the capture areas around the Church and Cabin are particularly fun to fight enemies around.

I might be placing Tuscan quite high up for nostalgia reasons because it greatly reminds me of some classic maps from Black Ops 2. As far as I’m aware, the layout hasn’t been used before in Call of Duty. However, the tight alleyways and closed off streets offer some intense gunights, especially on the objective based modes.

Desert Siege has something for everyone. Snipers can cover the objective flag out to one side of the map, while medium and close range engagements are catered to around the several buildings. A crashed train offers a few levels of verticality to the map, too. It’s close to making it into the top three, but doesn’t quite make it to the best of the best.

The final map from the beta, Hotel Royale is another strong grindfest contender for if you’re looking to level up weapons quickly. However, it’s far less brainless than Das Haus or Dome. With flanking routes both above and below, there’s plenty of scope to get tactical on Hotel Royale. The few dotted skylights allow you to stealthily take out enemies from above, too. It’s certainly one of the most fun maps I’ve played in Vanguard so far.

Sub Pens is another remake from World at War, but this one seems to have had the biggest face lift. Just like Hotel Royale, it can be quite chaotic at times. However, the several routes and layers of verticality let you use your brain a little while capturing objectives. Also, it’s just incredibly cool to be partaking in firefights within a submarine pen. It gives me big Battlefield Bad Company 2 vibes!

Bocage looks like a fairly nondescript map from the outside. There are certainly more interesting locations to see in other maps! However, what Bocage lacks in character it certainly makes up for in quality layout. This map just seems to flow far better than any of the others with lanes feeding into each other naturally. Especially on objective-based modes, Bocage is the gold standard for maps in Call of Duty: Vanguard.

These are just the maps included at the launch of Call of Duty: Vanguard. Other new maps are being added as part of the live service, such as Shipment. We may update this list in the future to see where the additional maps fit in!

Do you agree with our ranking list? Let us know across our social channels.