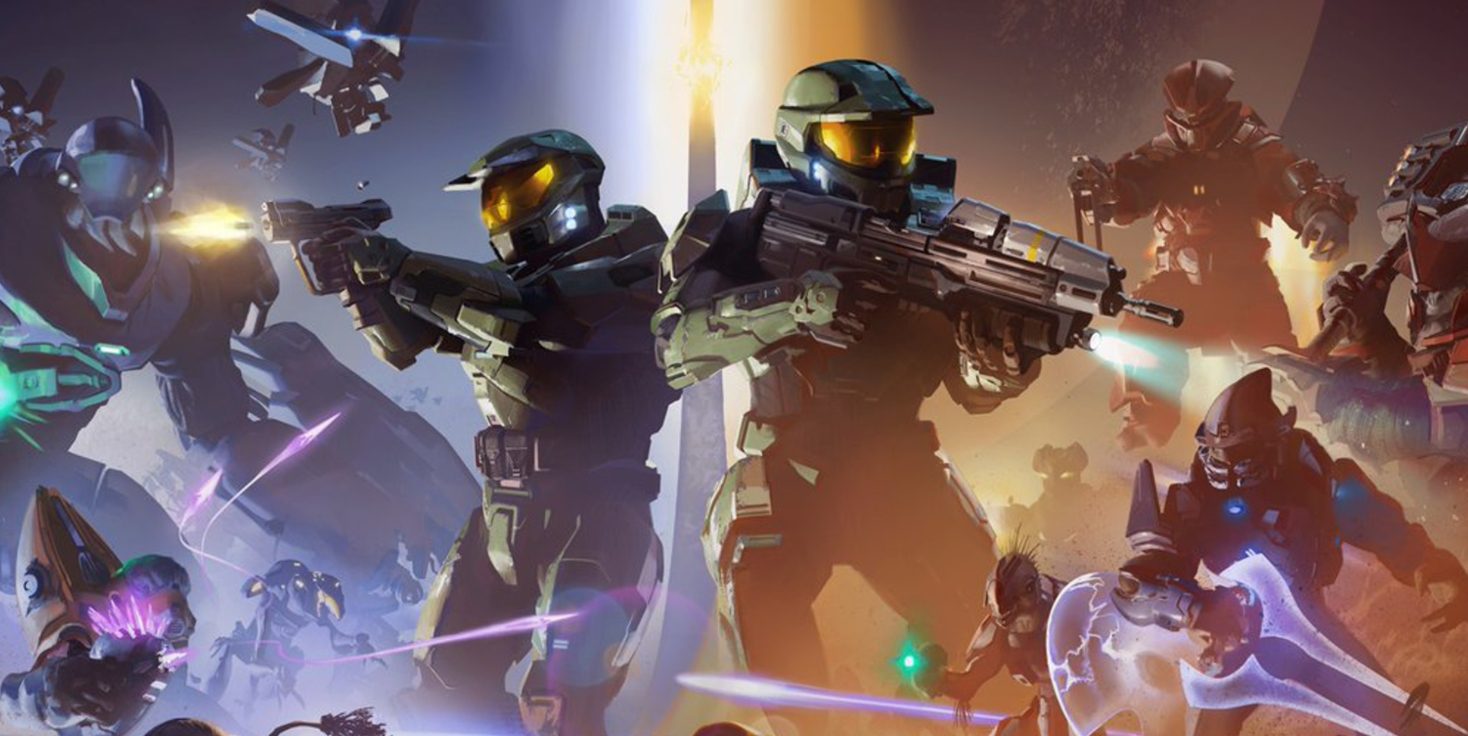 Halo has always been known for its great campaigns. From the start, the series has delivered some of the most memorable missions in gaming.

But how do they stack up against each other? Which campaigns are the best and which leave something to be desired?

Here’s a ranking of each Halo campaign from worst to best!

I wouldn’t be surprised to see this game in last place on most people’s rankings. It was probably the most disappointing campaign for the majority of Halo fans. The marketing for this game was essentially completely unconnected to the actual events of this game’s story. Halo 5’s promise of a hunt for a rogue Master Chief turned into a game where players only controlled him for three missions.

All that aside though, Halo 5’s gameplay is actually very solid, with new features like thruster packs, clambering and ground pounds helping to give the player more mobility in combat. All the weapons from Halo 4 got upgrades and feel more fun to use, and the environments are often gorgeous, like the sun-drenched stone and midnight alien cityscapes of Sanghelios. If 343 had managed to create a better story, this game would have been received a lot more positively.

Halo 4 was 343 Industries’ first foray in the series, and it was a pretty mixed bag.

It seemed like 343 had a decent grasp on what new things fans wanted to see but didn’t really know the best way to execute them. For example, we’re finally given the chance to pilot a Pelican in “Shutdown”. However, it basically serves as a way to get from one objective to the next after destroying a couple Phantoms.

Furthermore, the missions are far more linear and the sandbox feels more restricted. The new Promethean enemies are a lot less fun to fight than the Covenant and take a much more significant role in the narrative. The story is certainly better than its sequel though, with drama and intrigue taking centre stage. There are some memorable moments and genuine emotion here, which makes the often less-than-stellar missions worth slogging through.

Here’s where it all began. Halo: Combat Evolved was the game that simultaneously revolutionised the FPS genre and put Xbox on the map as a major competitor in the console war. Back in 2001, this was no doubt one of the most awe-inspiring games at the time. It still holds up today as a fun nostalgia trip, but it feels quite dated. The reliance on backtracking detracts from the experience, especially compared to the campaigns that came after it.

It introduced so many iconic characters, weapons and vehicles that it feels wrong to critique it too much. It’s still incredibly influential and has an engaging story too, kicking off the tale of Master Chief in perfect fashion. Finding the Flood for the first time will always be one of Halo’s best moments. It’s a classic game – it just doesn’t top the following campaigns on the list.

If Halo 1 was the next big evolution for the FPS genre, Halo 2 was a complete refinement of it. It brought us more engaging missions and an ambitious story that takes a deep dive into the Covenant itself, bringing us to the heart of the series’ iconic enemy faction. Unlike Halo 5, this game does both its playable characters justice. The Arbiter and Master Chief both get their time in the spotlight and both their stories unravel in a gratifying way.

The gameplay saw a huge upgrade from the original game, with dual-wielding guns, new vehicles and iconic weapons like the Battle Rifle and SMG taking the spotlight. It’s a long campaign too, but it’s more fun to replay than Combat Evolved. It’s another classic, and knowing how the trilogy concludes means we can appreciate Halo 2 more. It’s a perfect middle-ground between the first and third games.

ODST’s campaign is timeless for one reason – atmosphere. Exploring New Mombasa at night with that beautiful, ambient soundtrack creeping in is a Halo highlight. Sneaking through a city shrouded by shadows, piecing together the story of what happened to your squad, is a tense and unforgettable gameplay experience.

You really feel like you’re stranded in enemy territory, making the covenant seem scarier than they’ve ever been. I’ve never been more terrified of a hunter than when one charges out of a pitch-black tunnel on Legendary. The main missions that break up the exploration are all solid, packed with explosive action like “Coastal Highway” or “Kikowani Station”. Despite being a spin-off title, it can easily compete with the best the series has to offer.

As the prequel to Halo: Combat Evolved, Reach tells the story of Noble Team – the Spartans instrumental in ensuring Master Chief and Cortana can leave the dying planet safely.

While other Halo games typically take a more hopeful tone, Halo: Reach is downtrodden and despondent. Being a prequel means the game can take more risks with the narrative. This results in one of the best stories the franchise has seen. It took the series to places it has never been before too – namely space combat, as you’re tasked with infiltrated a covenant ship off-planet in “Long Night of Solace”.

Every mission is notable, offering up some of the series’ best vistas and environments like the stunning canyons in “Tip of the Spear” or the haunting, ruined city-scapes of “New Alexandria”. Without Noble Team there would be no Master Chief or Cortana, and this game tells that tale flawlessly.

The best campaign in Halo history belongs to Halo 3, and there’s so much to say about it.

Halo 3’s missions are some of the most replayable and entertaining levels in any FPS game. Whether it’s fighting the titanic Scarabs in “The Storm” or “The Covenant”, driving warthogs down ruined highways as Covenant ships soar overhead, or fighting through a city-turned-nightmare after the parasitic Flood finally find their way to Earth – every mission is unforgettable.

Playing this game feels like everything is at stake, and it’s the most thrilling campaign by far. At the same time, it’s the most freedom-filled and joyous sandbox in the series. Missions like “The Ark” are what I hoped 343 would take more inspiration from in 4 and 5, as a more open design makes them infinitely replayable. The story also concludes in a gratifying way following one of the best ending levels in gaming. Halo 3 is the series at its peak.

What does your personal ranking look like? Let us know on our social media channels!