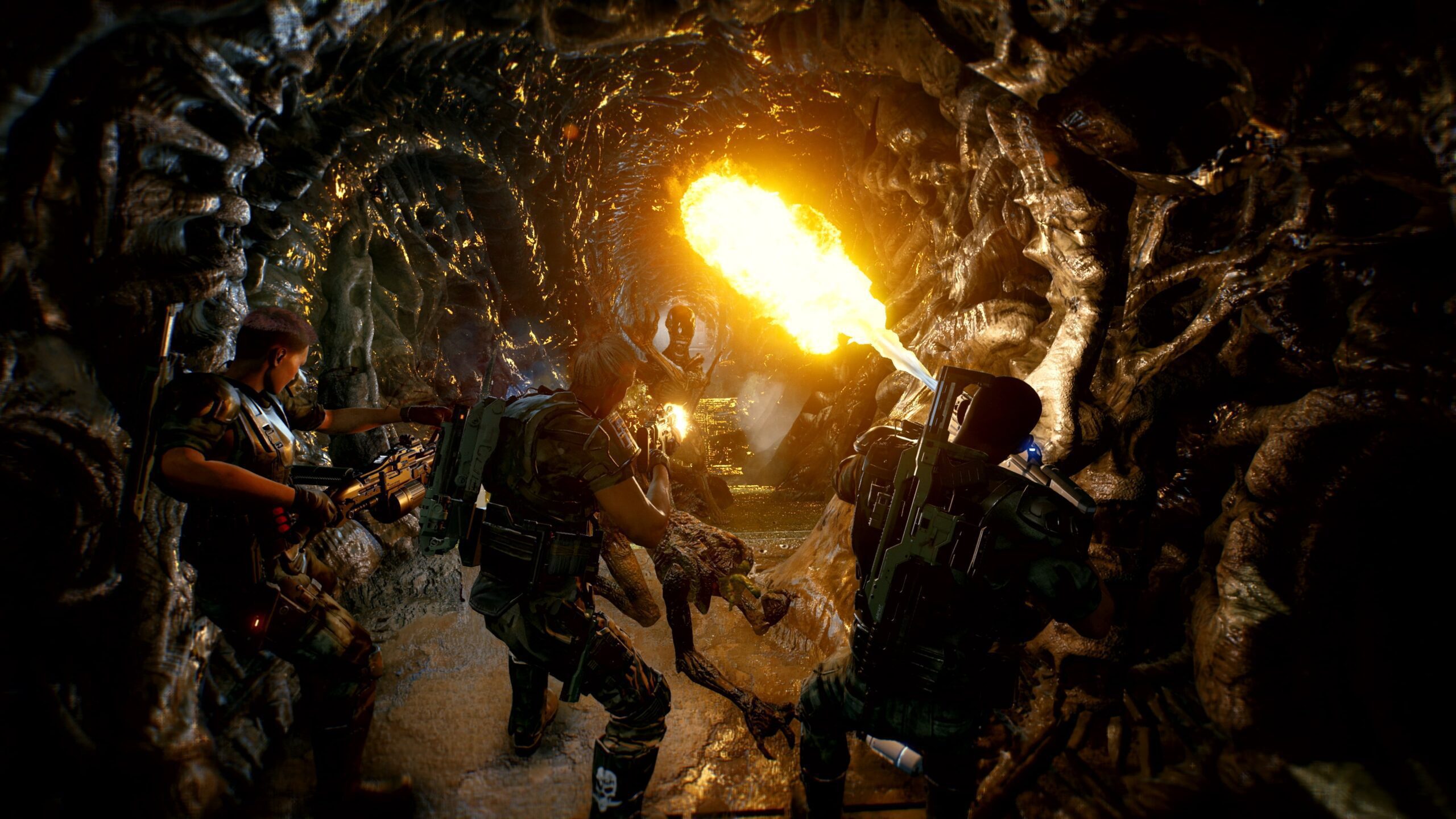 Aliens Fireteam Elite aimed to capture the gun-ho spirit of the ’86 classic, but as the reviews flood in it turns out that might not be the case.

Aliens Fireteam Elite is a three-player third-person shooter, where a fireteam will take on droves of the deadly Xenomorph. Unlike the movies, however, the Xenos will come in your typical shooter variant of grunts, tanks, snipers and bombers. This marks a move away from the stealthier experience of the brilliant Alien Isolation.

The game comes with all the signature weapons and rattling 80s sci-fi sounds, to make any Aliens fan giddy with nostalgia. However, beyond the cosmetic of grimy ships and alien designs, Aliens Fireteam Elite seems to have struggled with its biggest selling point: being an Aliens game.

Aliens In Name But Not In Essence

Oddly, it seems as though the reviews are generally positive about the game as a coop shooter. However, a lot of the issue lies in it using the Aliens IP. I managed to get my hands on an early code, and as a massive fan of the franchise, its half-measure take on the franchise feels like yet another missed opportunity.

Jake Tucker of NME gave the game four out of five stars and stated that it was a “terrible ‘Aliens’ game but an excellent co-op blaster”. Alessandro Barbosa over on Gamespot also point out the games “surprisingly deep” third-person shooter experience.

However, many turned their sights to the game’s mission structure. Jason Guisao of Game Informer claimed that “uninspired A.I. and repetitive mission design ultimately do more harm than your average chestburster”. Similarly Diego Arguello said the game was “safe to the point of being forgettable”.

While it may not be a slam dunk for Cold Iron Studios co-op shooter, the response has been decidedly warmer than that recieved for Colonial Marines. Going from personal experience, this is a game that needs to be played with friends. The AI bots are excrutiatingly dumb, and are bordeline useless as the Xeno hordes begin to swarm. While, you can get a similar experince on games like World War Z, spilling acid blood across the hallways of dank spaceships can have its moments of fun.

Will you be checking out Aliens Fireteam Elite with some other Colonial Marines? Let us know over on our social channels!