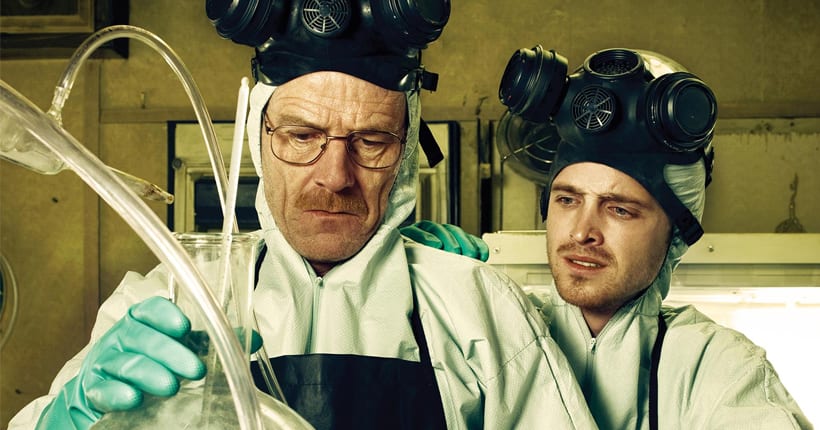 Show creator Vince Gilligan said he commissioned the statues from sculptor Trevor Grove. He’s donating the statues to the city alongside Sony Pictures Television to honour the place the show was filmed.

Gilligan said “Over the course of fifteen years, two TV shows and one movie, Albuquerque has been wonderful to us. I wanted to return the favor and give something back.

“These larger-than-life bronzes of Walter White and Jesse Pinkman exist thanks to the generosity of Sony Pictures Television and the artistry of sculptor Trevor Grove, and I love them. It makes me happy to picture them gracing The Duke City for decades to come, attracting busloads of tourists.“

Breaking Bad, often called one of the best shows of all time, is set almost entirely in Albuquerque. It became iconic throughout its five series run. It spawned a prequel show Better Call Saul and the film El Camino.

But main characters Walter White and Jesse Pinkman, played by Bryan Cranston and Aaron Paul respectively, are easily the most iconic part of it. The statues of these characters should help drive tourism to Albuquerque, which is already known as the setting for one of TV’s most beloved stories.

The statues will be displayed in the Albuquerque Convention Center. A ceremony is set to take place at the end of July, with Mayor Keller, Bryan Cranston, Aaron Paul and executive producer Peter Gould all making an appearance.

Better Call Saul is still airing its final episodes, with just a few more to go before season six is over. And once that’s over, the full story of the Albuquerque cinematic universe will come to a close (for now).