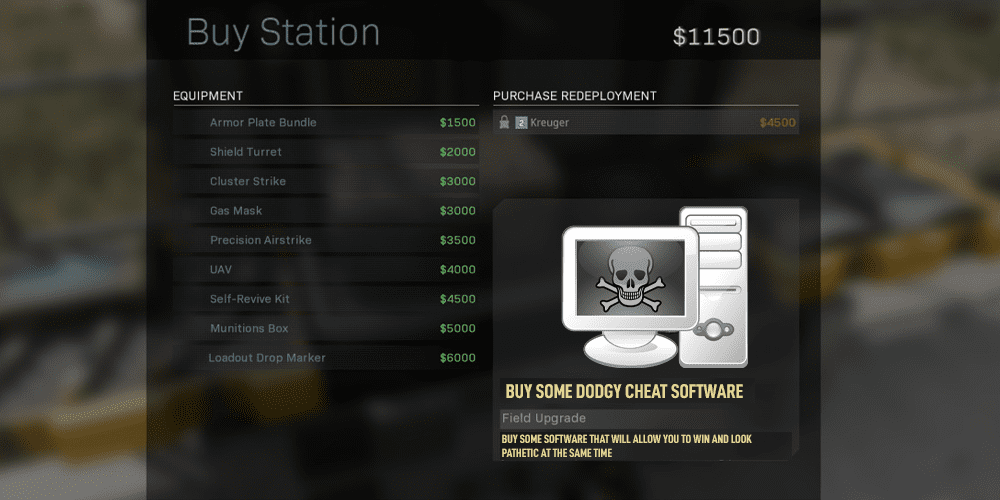 A research investigation carried out by Activision has revealed that malware is being disguised as cheats for Call of Duty: Warzone.

Activision recently published a 26-page report on their research site which details how hackers are targeting cheaters by placing malicious software inside cheat download files.

One cheat in particular, ‘Cod Dropper v0.1’, is examined. A dropper is a piece of malware that is used to install an additional piece of software alongside a seemingly innocent install. These additional payloads usually come in the form of credential-stealing software that is capable of harvesting personal data, like addresses, contact details or even banking information.

Using cheats as a method of delivering malware is a smart way of doing things for hackers. When cheats are installed, the user is required to grant the software a high-security clearance on their computer. This is so that the cheats can properly access game files and manipulate them accordingly for the cheats to work.

Disguising malware alongside the cheats means that the malicious files are also granted these high-security clearances when installed. Once the malware has the security clearance, it’s able to access the sensitive data that it needs.

Moral of the story? Don’t cheat!

Activision’s report explains it best: “When it comes down to it, the dependencies for a “genuine” cheat to work are the same as those needed by most malware tools to successfully execute. System protections need to be bypassed or disabled, and privileges need to be escalated to allow the program to run correctly and/or establish persistence.

“While this method is rather simplistic, it is ultimately a social engineering technique that leverages the willingness of its target (players that want to cheat) to voluntarily lower their security protections and ignore warnings about running potentially malicious software.”

Call of Duty is no stranger to hacks. We recently reported on a hack that appears to be ending matches of Warzone early. Activision isn’t tolerating these cheaters, however. A few months ago, over 60,000 cheaters were caught in one of Call of Duty’s largest ban waves ever.

Do you feel bad for these cheaters who have accidentally downloaded malware? Let us know across our social channels.