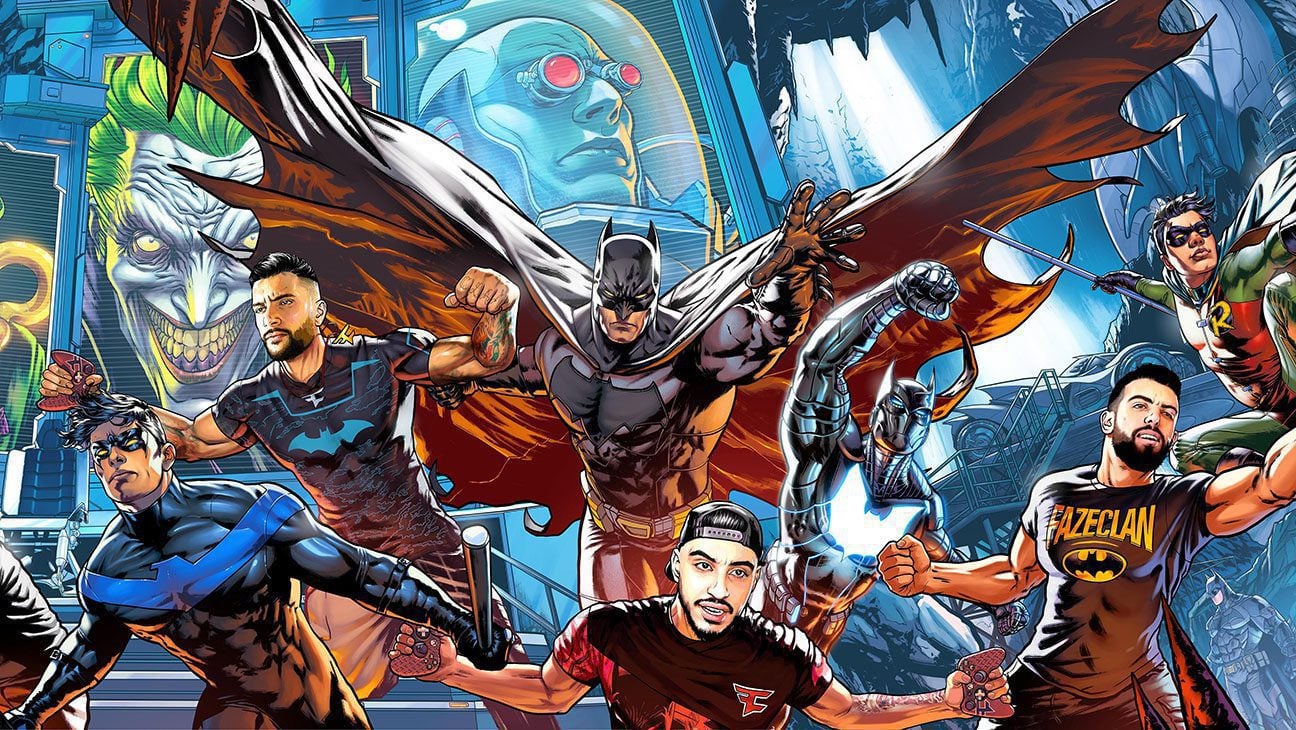 In a bizarre announcement, a DC/ Faze Clan crossover is happening in a limited edition comic ahead of FanDome.

DC are ramping up its superhero celebration ahead of DC Fandome in October. Already the company has announced a scripted HBO podcast and a ton of limited merch. However, this month in particular, is all about Batman. Batman Day takes place on September 18th (mark your calandars!).

To mark the occassion a surprise crossover between Batman and Faze Clan was announced. And you can buy this limited-time comic from September 24th.

The DC/ Fazeclan cross over will see most of the Faze Clan squad team up with Batman. Get ready because there is a lot of Fazes here. FaZe Banks, FaZe Apex, FaZe Temperrr, FaZeRain, FaZe Adapt, FaZe Rug, and FaZe Blaze are all expected to feature.

This limited-time comic will arrive just a month before DC Fandome. The event is already confirmed to feature a new trailer for The Batman, as well as closer looks at Gotham Knights and Suicide Squad: Kill The Justice League.

The Faze Clan comic is also just one of many celebrations happening for Batman Day. On top of the podcast, a hardcover anthology book titled Batman: The World will release alongside a ton of new merch for fans. However, for Faze Clan fans the crossover is a huge deal. It marks the first collaboration between DC and a gaming organisation. And with Faze Clan being one of the biggest gaming organisation in the world, who better to start with?

It isn’t the first time DC have been associated with games however. Many popular DC characters such as Batman, Bloodsport and most recently Wonder Woman have appeared as skins in Fortnite.

We don’t know exactly how the teamup will take place, however, expect to see you favourite Faze stars turned into superheroes in comic form. The DC/Faze Clan crossover will release after Batman Day on September 24th.

Are there any other gaming stars you’d love to see team up with your favourite superheroes? Let us know over on our social channels!