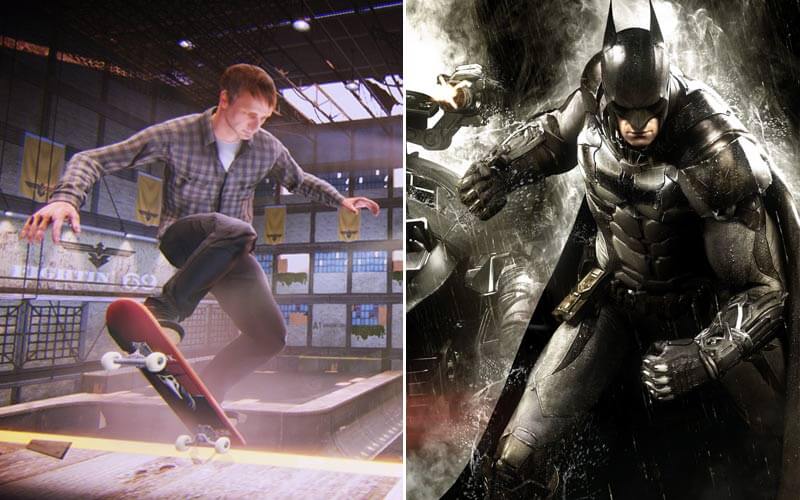 2015 is almost over and it has given us some great games and countless hours of fun. Unfortunately, not every game is a great experience. It’s always exciting to wait in anticipation of a big title to finally launch, but sometimes they’re total letdowns.

With smaller indie titles, you know they can be hit or miss and sometimes might not be your cup of tea, but with big-budget games that want you to fork over $60+ of your hard-earned cash, you have much higher expectations. With 2016 just around the corner, why not recap on some of the biggest flops of the year?

Kicking off the list is Evolve, a highly anticipated prey vs predator game. Some of the first trailers and screenshots we were given looked promising, showcasing large maps, big guns and even bigger monsters, so what could go wrong?

Evolve wasn’t a bad game, which is why it’s not higher on the list, but it certainly wasn’t what we were teased with before release. The game was, simply put, rather boring. It only took me a couple of matches on a free trail of Evolve to come to that conclusion. We were given what felt like half a game, not in terms of graphics or gameplay or that it was broken, but in the sense that half of the content was missing.

You could put this down to the paywall for certain unlockables, but even the base gameplay, before any paid downloads, was lackluster at best. The maps almost felt too big to the point they felt empty, playing as a hunter was a tedious game of hide and seek and upon detecting the prey, it was too powerful to take down, switching the roles and having you run for your life to avoid becoming dinner. Unless you had enough friends to play with to fill out the whole team, you didn’t stand a chance.

And let’s face it, playing as the monster was just plain boring. It felt almost like a glorified game of spore with the time it took to evolve.

It’s no secret that movies based on games are almost universally terrible. There’s no shortage of examples. But what happens when the tables are turned, and we get a game based on a movie? Could it be any better?

Apparently not. Mad Max was a bit of a flop, not living up to the praise of the feature film. The game lacks a story until the best part of the last hour of gameplay. The game itself suffered from frame rate issues, problems with physics and other glitches, taking all the immersion away from the game and shifting our focus to the bugs.

Again, Mad Max was not a bad game, it had its fair share of thrilling moments, but with the great success of the film, we were expecting that excitement and action to be transferred to our control in a video game, but in the end we were all left wanting more which isn’t a terrible thing in and of itself, as long as the game is capable of delivering more – and Mad Max wasn’t.

For a game that costs $60 and has a season pass for roughly the same, there’s a whole lot of content missing for a game that’s valued over $100.

Battlefront was made by EA, I don’t really know what we were expecting when this was announced besides disappointment. There is no campaign, which I was genuinely shocked about. With the weird and wonderful characters, battles and factions in the Star Wars universe it makes no sense to me why the idea wasn’t exploited, fans would have ate that up. So we’re limited to just multiplayer, which doesn’t sound that bad, until you experience it.

I hope you like Battlefield because that’s what it is. It’s BF4 but soldiers are Stormtroopers and rebels, assault rifles have been traded for blasters and jets for tie fighters. Nothing more than a re-skin, minus the vast amount of maps Battlefield has to offer. It feels and plays like a cash grab and it’s so painfully obvious.

The Order has been included in many lists of disappointing games, so it’s no surprise that it ended up here.

What we were promised was a beautiful game, a rich story, and gameplay that will have us on the edge of our seats. Most of this is accurate, besides one word. . The Order looks stunning and it runs really smooth, but it feels almost traded for actual gameplay. It has a run time of roughly five hours, that’s more or less the span of a CoD campaign and we all know how they pan out.

The merging of films and video games has been great and we’ve had some gems such as The Last Of Us, but The Order is the product of game devs focusing too much on how a game looks instead of how it plays. The majority of your experience with The Order will be watching cutscenes. Very lengthy cutscenes. The Metal Gear Solid series is famous for having tons of cutscenes, but they just manage to pull them off in a way that The Order couldn’t do. Cutscenes themselves aren’t the problem here, it comes down to execution.

Here’s another game that deserves to be on this and every list of bad games. In fact, put all the Tony Hawk games since Underground 2 on the lists.

I’ll always have a soft spot for THPS, no matter how bad the games get, because of the classics from this series. This was something the devs were looking to capture in THPS5, the glory days, and to be honest they couldn’t of gone more wrong. We were given the usual slop, boring gameplay, long loading times for the same maps, challenges that feel no different from the previous one, hilariously bad physics and collision detection, just to name a few of the issues with this game.

The devs hearts may of been in the right place, but THPS is just terrible. If the devs want to recapture what made the game so fun in the first place, stop trying to make it seem like skating is something to be taken seriously. It shouldn’t be, and that’s what makes it so fun. That’s what attracted people to the THPS games in the first place.

I still remember the first time I saw Siege in action, I couldn’t contain my excitement, it looked absolutely amazing. And then I experienced what it was really like in the beta.

We weren’t greeted with the polished graphics that were revealed in the trailer, the tense atmosphere of waiting to be attacked or the tactics of actually planning your attack. It was mediocre at best, the graphics were no better than what can be expected of a last-gen game and it was pretty ‘meh‘ altogether.

One word to describe the short experience I had with Siege would be underwhelming. After thoroughly enjoying previous titles such as Rainbow Six Vegas 1 and 2, I was expecting the good qualities of those games to be transferred to the next gen experience, but it unfortunately didn’t deliver. We were cursed with bad hit detection, overpowered weapons and classes that stood out above the rest. You’re better off sticking to CoD.

And microtransactions in a multiplayer game? Just WHY?!

Of course you saw this one coming.

Arkham Knight is the first triple A game to be removed from Steam, hows that for setting all the wrong records? Of course this is only seen as a fail if you bought this for your PC, as the game simply didn’t work. Just like that, first day of release, literally just cleaned out your wallet for it,  and the game is broken.

Because of graphical glitches, broken gameplay, quests that can’t be completed and other obstacles that made the game unplayable, Rocksteady actually offered out refunds for those who asked. It’s debatable if Rocksteady are actually to blame for the poor quality of the game, but if one thing is for certain: it’s the biggest fail of the year.

This was our list of the biggest gaming fails of 2015, what game do you think flopped? Let us know in the comments section, we would also like to wish you all a happy holidays, and whatever occasion you celebrate, to do so safely.