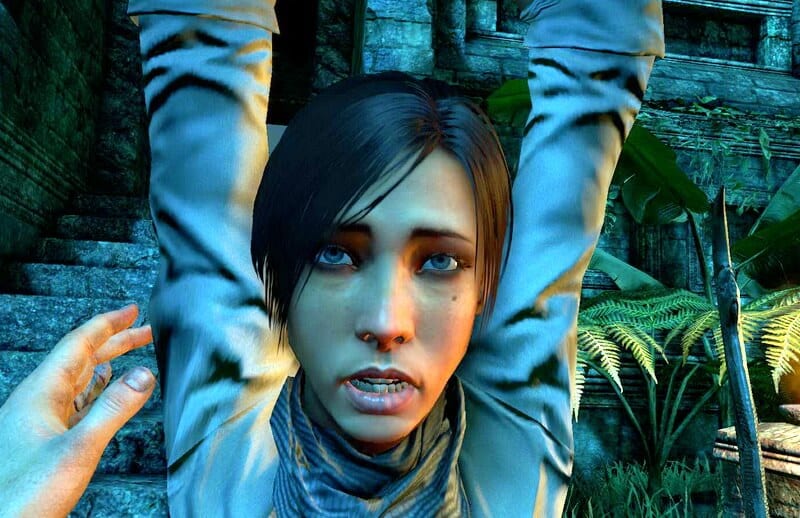 Have you ever poured hours, days, sometimes even weeks into a game only to feel completely cheated by the ending? Sure, you enjoy the journey and all the build up, but a bad ending just leaves a bad taste in your mouth. It’s like having a great meal but the dessert is disgusting. Every gamer has been there at some point.

Obviously, there will be some potential spoilers here, but we did our best not to ruin any endings (beyond how much they were ruined by simply existing.)

The entire game, you’re trying to reach some mysterious Vault. You’re probably getting so hype to finally find out what the deal is. You’ve spent so much time grinding to power up your character, you’ve got the best weapons you can possibly find, you’re ready to uncover the Vault and for an epic boss battle.

The battle’s really easy, then the game ends without ever revealing what was inside the Vault. As far as we know, there wasn’t a sequel or anything planned at this point, so basically the game was trolling us the whole time.

Bonjour, Molyneux. The Fable games are great, but they’re also synonymous with over-promising and under-delivering. There was ultimately some DLC that helped with the ending. If your expectations are curbed, you can have a lot of fun in the world of Fable, especially if you don’t care about good endings.

Having said that, Fable 2 did a pretty good job when it came to choices that you make along the way… the only problem is that when it was all said and done, they didn’t really matter. At least, not nearly as much as anyone had hoped they would.

You can’t employ the laziest, played-out plot device and not expect to disappoint your fans. The Legend Of Zelda: Link’s Awakening was the first time this series went to handheld, which is good, because it makes it easier for you to toss it at the wall with frustration over the ending.

You need to collect 8 instruments in order to wake up the sleeping Wind Fish. Once you play the tune, you’ve got to fight the end boss of the game, Nightmare. Once you’ve defeated Nightmare, you wake up and realize it was all a dream. Actually, that’s kind of cool, but people were still really upset. I mean, look at the title of the game… You should have seen this one coming.

Nobody should be surprised that the storyline wasn’t a priority in Crysis. This game was, and in some cases still is, the benchmark for PC gamers to measure how stunning games can look.

Oh, you built a new rig? But can it handle Crysis on max? So, it was never really about having an amazing storyline. Even with that caveat, it still lacked lustre. After drudging your way through the end of the game, you’re hit with the classic “We have to go back…”

Crysis was a great game, and so was Crysis 2, but the  best time to tease a sequel isn’t after leaving gamers wanting more (for all the wrong reasons.)

The majority of Heavy Rain was awesome, it had this amazing build-up that kept you guessing at who the Origami Killer was. You’d have it all figured out, then you’d get to a point that would show you you’re wrong. The problem is that the game was purposefully manipulating us.

It wasn’t some kind of brilliant storytelling being employed to keep us guessing, it was just full-on lying. In defence of Heavy Rain, there were a lot of choices with a lot of possible outcomes.

It makes sense that the killer’s identity was static no matter which decisions you made, and if they didn’t flat out trick us, maybe it would have been way too easy to figure out. Who knows what the reason is, but after such a great build-up, the final act of Heavy Rain just left us feeling washed out after we had spent hours climbing up the water spout.

For a massive open-world game with so much to do, so much to see, so many things to discover… Fallout 3 really falls flat at the end. There are countless moments in Fallout 3 that are much better than the actual ending, but maybe that’s more of a testament to the quality of this game, rather than a knock against it.

You get a quick little slide show, but after everything you’ve been through, it just feels like it wasn’t enough. You’ve put dozens, maybe even hundreds of hours into the Capital Wasteland, you make the tough decision about what to do at the very end, and you’re expecting some huge, epic set-piece moment and… it just sorta ends instead.

The bait-and-switch at the end of Mass Effect 3 left people enraged. They had played through three games in this series under the impression that their decisions were actually going to matter in the end.

The games were great, but the ending was so poorly received that BioWare actually released a new version of the ending in order to, ahem, “clarify events.” It didn’t really make up for the sense of betrayal that a lot of players felt, though.

No matter which ending you choose in the game, you’ll continue to be able to explore the island which makes no bloody sense and is a huge disrespect to gamers.