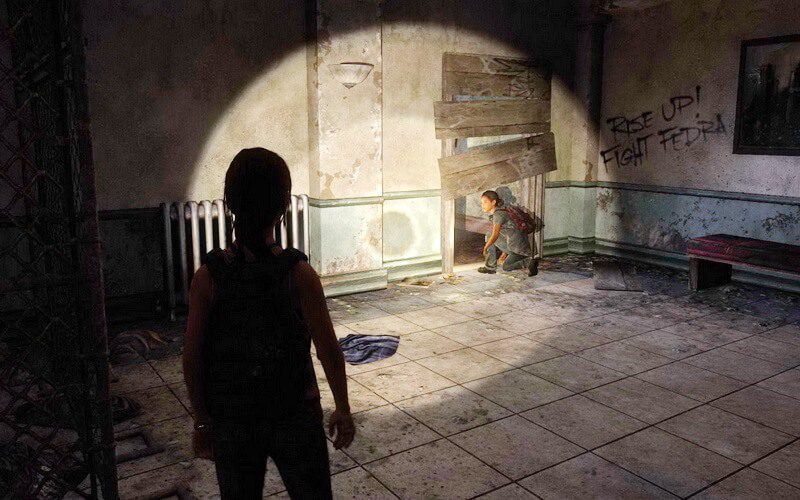 Celebrity cameos in games are always a fun thing. Sometimes it’s as obvious as being the focus of the game, like Mike Tyson’s Punchout. They can also be as hidden as a voice actor. Other times it can be a bit more.. shameless.

That said, let’s go over some of gaming’s most deliberate copycats. These are the characters that are undoubtedly modeled after a well-known celebrity, without the permission of said person. Sometimes, there’s an interesting story that unfolds because of it.

“Ellie” The Last of Us (Ellen Page)

This is one of my favorites. Ellie is not only a spitting image of Ellen, their names are also incredibly similar. Ellen Page wasn’t too happy about it to begin with. In an AMA on Reddit, Ellen said “I guess I should be flattered that they ripped off my likeness, but I am actually acting in a video game called Beyond Two Souls, so it was not appreciated.”

In an interesting turn of events, The Last of Us is considered as one of the best games ever made, while Beyond Two Souls wasn’t nearly as well received. It’s worth mentioning that Ellen Page doesn’t seem to hold a grudge about it. While replying to a fan that mentioned The Last of Us, she said “not me. Ashley Johnson played the part…so send her the props!! :)”.

Wrestle War may not be as popular as The Last of Us, but this is one of the most blatant and poorly done copycat jobs the industry has ever seen. Titan Morgan is such a direct rip-off of The Hulkster, it’s a wonder that WWE’s (at the time WWF’s) lawyers didn’t have this one by the neck.

The game featured other big star rip-offs from the Golden Age of wrestling too, but none as flagrant as Hogan’s. Sega must have expected something to happen, so they changed the image on the box art for Western releases, but the in-game models stayed as blatant as the Japanese version.

Timing is everything. Just ask Konami. They released the legendary side-scroller Contra AND undeniably ripped off two of the biggest action movie stars IN THEIR PRIME. Genius, really. Arnold was recently finished with Commando and was taking names in Predator, while Stallone was face down in the jungle and firing off .50 cal turrets in Rambo when Contra was released.

It’s nice to look back at what Konami used to do. Not sure how you go from the most opportune timing gaming has ever seen, right into letting your best developer go and being more hated by gamers than EA. Quite impressive.

This one can be a little hard to follow. Dynamite Cop is the sequel to Dynamite Deka. Dynamite Deka, outside of Japan, is known as Die Hard Arcade. Alright, fine, ‘Die Hard’ is clearly licensed here, so it’s no shock the main character looks a lot like John McClane.

Until you realize the Dynamite Cop isn’t licensed as ‘Die Hard’. Yet it still features the same John McClane look-alike.. Oh, and so do Dynamite Deka X: Asian Dynamite, The House Of The Dead 2, and Project X Zone. Either Bruce just doesn’t care, or more likely, doesn’t know.

Almost impressively, Sega managed to rip off the other biggest Wrestler of the 80’s, Warrior. Hogan’s counterpart, Warrior, had his likeness replicated in Streets of Rage 1 and 2. The resemblance is everything right down to the face paint, quads so big you can feed a family, and of course the trunks that seem just a tad small.

It’s a shame these blatant copies didn’t help Sega in the long run. It would be interesting to see their versions of current WWE stars.

Michael Jackson has inspired countless people with his zombie character in iconic music video ‘Thriller’. This one is no different, as ‘Dancing Zombie’ is a clear recreation of the roll. Unfortunately following Jackson’s death in 2010, he was removed from the game, with this statement from Popcap, who published the game:

The Estate of Michael Jackson objected to our use of the ‘dancing zombie’ in Plants vs Zombies based on its view that the zombie too closely resembled Michael Jackson.

After receiving this objection, PopCap made a business decision to retire the original ‘dancing zombie’.

Right.. ‘The Enforcer’. We’re onto you Yuke’s (developers of 2k16). They showed that WWE’s style of a little game called ‘let’s pretend’ is a bit different than most. Instead of inserting a look-alike Tyson, they replaced him with some balding, roundish white dude. Not quite Iron Mike, we’re thinking more Fluffy Fred.

Tyson had a pivotal roll in WWF back in ’98, when he was in one of the biggest storylines of all time. The building up and explosion of the character known as ‘Stone Cold’ Steve Austin was made possible, partly, because of Tyson. The iconic match between Austin and Shawn Michaels (then WWF champion) is what launched the WWF into the ‘Austin Era’. One wonders though, would things have gone differently if Fluffy Fred was at ringside instead?

These are some of the most famous occasions that a celebrity was ripped off in a video game. Which was your favorite?