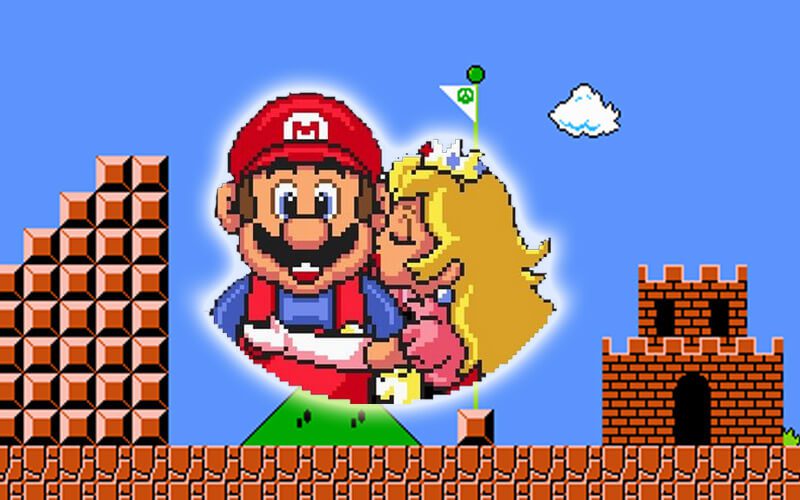 It turns out that video games, while a great source of entertainment, can also have their benefits beyond just being a fun pass time. We’re not saying at all that a 24 hour Halo marathon will leave you any healthier than before (seriously, don’t do that… too often) and when abused can cause more damage than good, but it’s nice to know our habits have some positive outcomes. Here’s 6 reasons that playing video games can improve your life.

You Can Make New Social Connections

It’s pretty well known that the vocal majority of gamers aren’t necessarily very nice. In fact, you’re more likely to get peppered with abuse rather than compliments on how skilled you are at the game. But every once in a while, we come across fair, kind players who congratulate you on your win, rather than accuse you of hacking the lobby.

These rare beings remind us what gaming is all about, but they also make great online friends. They won’t be your new BFF’s (and probably not a cute redhead as seen above), but it’s always nice to have a partner or group of people to play with, especially if you’ve been a lone wolf for so long. Speaking online has already been proven to have benefits if you are shy or socially challenged, as the distance and the fact they know nothing about you allows your true self to shine through, ultimately improving confidence in future face-to-face engagements.

If you do come across one of the kind breeds, send that legend a friend request. It could benefit you more than you think. Plus, it’ll get your parents off your back about having no social life.

Side note – we are not, in any way, telling you to befriend everyone you meet online. There’s still a lot of creeps out there and if you do decide to meet them in person, please meet in an open, social area during the day. Stay safe guys.

Naturally, video games are a mental workout rather than a physical one and recently, they have been used to help children suffering with ADHD.

Certain video games exercise many of the cognitive skills and its all down to sustained attention and focus needed to be successful in these games. You have probably experienced this yourself, with challenging, fast paced games. After playing for so long, you will improve your capacity to identify relevant details, meaning tiny things like someone preparing to attack or the sound of a pin being pulled on a grenade, will trigger an immediate response in your brain and you’ll start planning your next move.

This one is relevant for people who enjoy (if that’s the word for it) games such as Bloodbourne and Dark/Demon souls, video games can encourage us not to quit.

The key to success is to not give up, obviously quitters don’t win and winners don’t quit. We’re not saying that because you kept your guts about you and powered through the boss who’s been knocking you around for the past week that you’ll become the CEO of a multi-billion company, but it could be the first step. Life is full of hard decisions and grueling experiences and in a way, video games were teaching us this as kids. How satisfying was it to get past that level you were stuck on, or getting revenge on that camping sniper?

Like many things in real life, showing an iron will in the face of constant failure can be your key to victory. Whether it’s finding a job, getting through college or having to fight every fiber of your body wanting to punch your boss in the face, having the strength to carry on is a great quality to have and will benefit you plenty in the real world.

Video Games Can Be A Gateway For Learning

I remember when I first heard that the Assassin’s Creed games used real people in their games (more in the earlier titles), it had me intrigued. I googled a few of the names and true to its word, they were real people. I was introduced to a period of history I never knew much about before and some of the major people that defined it.

This can apply in many ways, although the majority of video games aren’t historically accurate (or accurate at all), they have the ability to peak our interests enough to make us learn more. If CoD is your thing, you’ve probably looked into a few of the past wars, if you’re a fan of Tomb Raider or the Uncharted franchise, you may of briefly googled artifacts that appear in game. Obviously, it’s not going to land you a job in archaeology (that’s what Indiana Jones is for), but it might interest you enough to pursue it.

You Can Improve Your Decision Making Skills

Games such as World of Warcraft, League of Legends and Dota 2 fall perfectly into place when discussing the benefits of video games.

It’s been proven that games of a similar style grant long time players quick responses to danger and allow players to swap and change tactics accordingly. This is a skill that carries over into the real world as we make decisions every waking minute. As I write this now, I am making decisions, as you read this, you’re making decisions.

With the stack of evidence of the benefits of said games, one school has plans of including eSports for students. If you would like to read up on that, you can do so here.

Video Games Can Be A Safe And Healthy Outlet For Anger

So you’ve had a terrible day, your boss as been riding your back about some paperwork that’s due, you were stuck in traffic for the whole commute home, you’re about to lose it. Don’t get mad, take it out on a virtual character.

For me personally, my anger game is CoD. Having a game to just blow stuff away and not really care how feasible or realistic it is works wonder for my anger. Maybe your way of relaxing is roaming through the Commonwealth while listening to the mellow tunes of Diamond City Radio, we all have our preferences. Video games have also been proven a great way to relieve stress in both children and adults while maintaining enough focus (see above) to keep the brain active.

There’s no denying that video games can be harmful when abused, but in a world that seems to slate them and blame countless problems on gaming in general, it’s good to know there’s some benefits. I can safely say that my experience with gaming through the years has made me a better person socially and to some extent even got me through some tough times. Gaming is the reason me and my brother share a strong bond and one of the reasons I stay in touch with my friends.

This was our list of 6 reasons playing video games can improve your life, what are your opinions on this? Should video games be used more other than entertainment? What has gaming done for you?