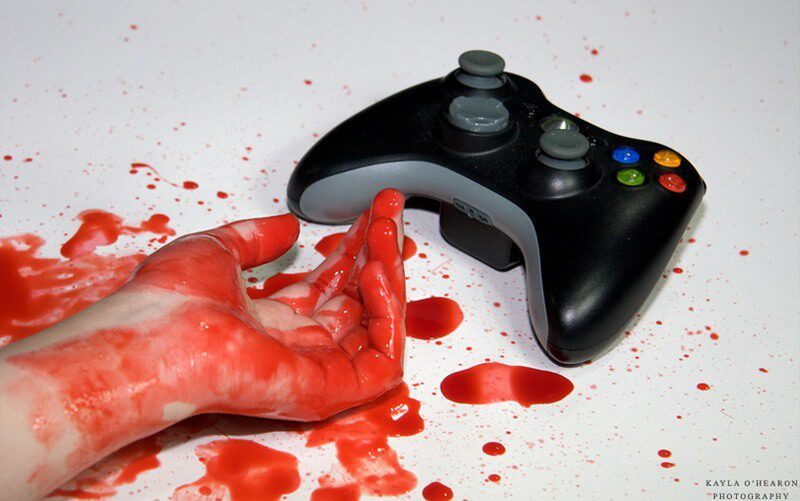 Some games get so painfully addicting, they take over most of your life. Some people are more prone to this, and the companies that make these games know it. Unfortunately, sometimes it gets to the point of unhealthy addiction, and ends up literally ruining people’s lives.

From quitting your job, to leaving your significant other, these games have destroyed homes, and torn families apart. No, we aren’t exaggerating like it’s a joke. This stuff actually happens.

Let’s start with probably the most notorious one. WoW, for short, is a Massively Multiplayer Online Role Playing Game, or MMORPG. This game has been the poster title for addictive gaming since it was released.

Probably the worst case scenario in all of gaming was Rebecca Colleen Christie. She was so attached and addicted to WoW, that she let her 3 year old daughter starve to death in 2011. That’s heavy. She was sentenced to 25 years in prison after it was discovered that the incident was a severe case of child neglect, brought on by her addiction to Warcraft.

There have been several other instances where the game’s addiction led to a person’s death. Another notable one was when a Shanghai based man collapse and died in his couch in a cafe after playing the game non-stop for a period of 19 hours.

Dating back to 1982, Berserk is probably the earliest known example of addiction to a game ending in death. 19 year old Peter Bukowski collapsed from a heart attack after landing a high score on Berserk. The heart attack was brought on by a compromised cardiovascular system, agitated beyond repair by the arcade game.

This one is pretty dark. EverQuest has a few nicknames given by its dedicated fans. NeverRest and EverCrack being just a couple, it really shows how addicting the game can be.

Shawn Woolley took his addiction too far in 2002. He quit his job to play EverQuest exclusively, and ignored family invitations to Thanksgiving. Worried, his loved ones went to his home to check on him, where they found Shawn dead in front of his computer, from a self-inflicted shotgun wound. EverQuest was still running, and it’s suspected he took his own life due to a troubled in-game relationship.

So in 2005, two players of this MMORPG named Qiu Chengwei and Zhu Caoyuan found an incredibly rare Dragon Sabre sword. Zhu decided to sell the sword on eBay for around $870. Problem being, he didn’t consult Qui ahead of time, and Qui was not happy.

Qui stabbed Zhu to death in his sleep. Qui was sentenced to life in prison, but will be eligible for parole in 2020. All over an imaginary sword, he threw his life away, and ended his friend’s.

This one is sad. Ingress is an app that encourages moving around, which on paper seems like a great idea. It took a bad turn when a 16 year old kid in Brazil named Gabriel Cavalcante Carneiro Leao was running to a portal in the game, unfortunately paying more attention to the phone and not the world. He was hit and killed by a bus when walking into a busy street.

Don’t worry, they only get sadder. FarmVille is an incredibly annoying Facebook game that we’ve all been harassed by. It’s apparently very addicting too.

Alexandra Tobias is now serving a 50 year prison sentence because of her addition to FarmVille. She has a 3 month old son, and when he did what babies do, cry, she shook him violently until she hit his head on the computer monitor, killing him.

This one is a case of pure stupidity. The Nintendo Wii was pretty hard to obtain in the US in 2007. A radio station by the call letters of KDND ran a contest for one of the consoles. The challenge was to drink  an inordinate amount of water and not urinate. Whoever leaked last would win.

There’s a thing called water intoxication. Which the DJs from the station knew all about. Jennifer Strange participated and when she arrived home, she collapsed and died. Jennifer did not win the prize.

The radio station lost a lawsuit for $16 million and shut down in 2009.

Like every other medium, videogames has had its fair share of tragic accidents and cases of abuse which has led to people hampering their social life or worse. However, it’s not because of the games but the inability of the players to maintain a healthy balance between virtual and real.