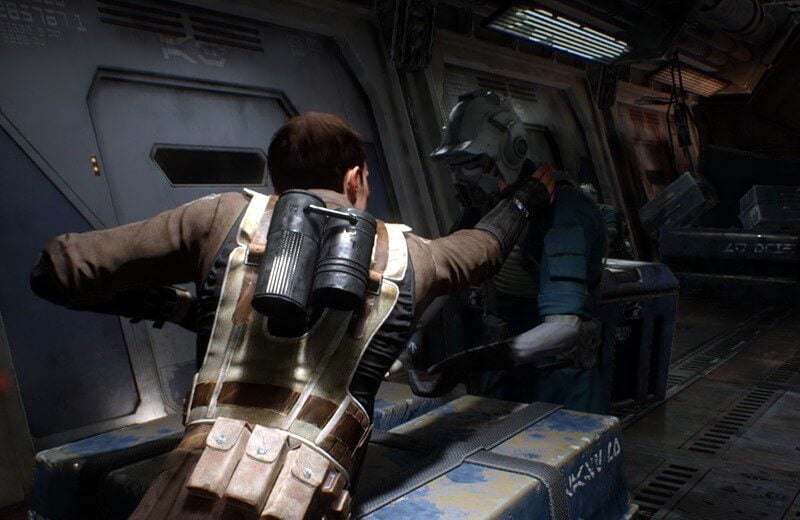 Sometimes a game enters development and gets cancelled before anyone’s even really heard about it, but other times games can get close to completion before ultimately being canned, for one reason or another. Sometimes the money runs out, sometimes the studio gets bought by another company with different priorities, sometimes the game just doesn’t work very well.

Whatever the case may be, here’s a handful of games that were cancelled that could have been a lot of fun.

In B.C., you would have been in control of a particular tribe of Neanderthals that had to battle against apes, dinosaurs, and other tribes. Survival and domination of your competitors meant that future generations would evolve in your image, and you would create the most dominant bloodline. This 2004 title was in development by Intrepid Computer Entertainment, a studio founded by former members of Bullfrog. Some of the people from Intrepid went over to Lionhead Studios, before the developer disappeared.

This was a really ambitious premise for a game back in the mid 2000’s. It would have included constantly changing weather (Which, obviously, would have a big impact on hunting and the numerous encounters you’d face in the game), a realistic food chain, and the ability to use literally anything as a weapon.

This is still a really cool sounding concept for a sandbox game, and a much more feasible task with today’s technology.

Movie fans are well aware of Guillermo del Toro and his work, so anytime there’s word of him working on a video game, it’s always very exciting news. Guillermo del Toro is a master of creating a dark, weird, fascinating dreamscape of a universe… his style lends itself very well to gaming, and Insane would have been exactly that. He was already planing a trilogy for this open-world sandbox horror title, and we were really looking forward to seeing what kinds of terror that del Toro could conjure up in his mind.

Unfortunately, THQ was having money-problems and wouldn’t take any changes on a new IP that hasn’t proven itself yet, especially a really big-budget and ambitious project like this. The thing is, when devs just try to play it safe, they’re stepping on everything that has made video games such an incredible and innovate art form for decades.

“Oh great, a movie game…” you might be thinking, but this one actually had Clint Eastwood’s approval (Not that he’s the authority on gaming), but he was going to voice the protagonist. This game was going to take place in between the first and second Dirty Harry movies, and would have filled in a little more background about the iconic badass.

We simply don’t know if it would have been an amazing game overall, but for fans of the film series and badassery in general, it would have undoubtedly provided some strong fan-service. Often times, games based off of movies are just made to cash-in on a popular title, but having a game come out decades after the movie it’s based on is a good is a refreshing change of pace.

The good news is that despite issues with the developer and an alleged cancellation, word has it that Warner Bros. still plans to do something with this title in the future, whether it’s finishing off the original game or starting over from scratch with a new team. Will this game ever see the light of day? We’re feelin’ lucky.

Thanks a lot Disney. This game would have been a gritty look at the Star Wars universe from the perspective of famed bounty hunter Boba Fett. From the sounds of it, it would had an Arkham kind of vibe to it.

Read more about the cancellation here.

We got really excited about this one during the long development process, only to have our hopes and dreams smashed to the ground by a big, evil mouse. Oh well, we’re just about over it.

Cool title, cool concept… It was kind of like The Last of Us meets There Will Be Blood. This game was about two characters who were on the run from an oil baron. It had a great setting, and some interesting mechanics like being able to give a “Kiss of Life” to your teammate when they’re wounded.

This game had a lot of work put into it, but then financial hardships hit Deadline Games and the rest is history.

Want to know the secret to making a boatload of money in the video game industry? Make a Halo game. So for an announced Halo game to get cancelled, there must have been a lot of things that just weren’t going right.

Chronicles was going to be a change of pace, as it was described as more of an interactive movie / the most cinematic of all the Halo games.

Things took a turn when the Peter Jackson Halo movie didn’t end up happening. The game was going to be released around the same time.

You can blame lawyers for this one. The Fallout franchise has created, arguably, one of the greatest settings for a video game, all that’s really missing is being able to explore the wasteland with a buddy. It was being developed my Masthead Studios, with Interplay as the publisher.

Here’s what Bethesda is working on next.

Would exploring the Wasteland have the same feel if it was populated with real people, MMO style, rather than NPCs? Maybe we’ll find out someday. Would it have even been similar to Fallout 3, New Vegas, and Fallout 4 – the entires in the series that really took it mainstream and enthralled the masses – without Bethesda at the helm? Who knows, but we would have definitely played the hell out of it.