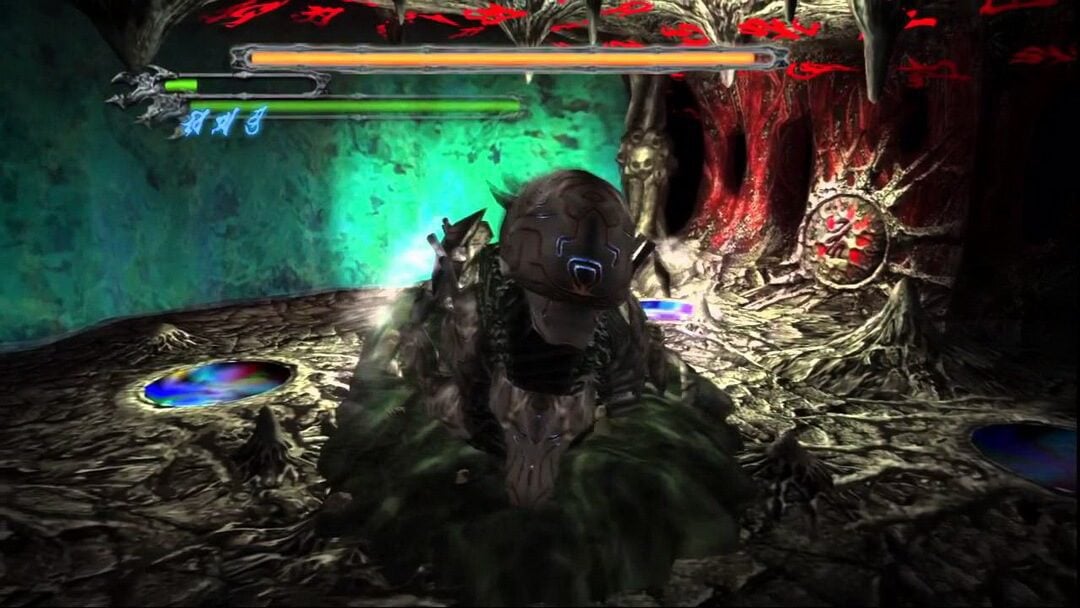 With a lot of things in life, consistency is key, but maybe not for these guys. Getting knocked on your arse over and over is a blatant sign that you need to quit your day job. Here’s 6 video game bosses that don’t know when to quit.

Reborn Laura – The Evil Within

On a scale of 1-10 of how terrifying Reborn Laura is, she grabs the scale and pounds it with her long, gangling arms until it’s nothing but a mushy paste of blood and guts.

Sporting a spider like posture and a few too many limbs, she’s the finest The Evil Within offers when it comes to chilling character design. But whats more terrifying than her image is the ability to spawn wherever she wants, whenever she wants it. Poor old Sebastian is faced with the seemingly impossible challenge of fighting this monstrosity multiple times throughout the game. Bullets do little damage and the best attack is fire, which is very limited in the game. Your best bet would be to run, run as fast as those legs will let you.

On top of her teleportation abilities, she can also be summoned by a special enemy type that alert her of your presence, unleashing an attack that will gruesomely instant kill you. No place is safe when Reborn Laura is alive.

Resident Evil has taken an unfortunate nose dive since the glory days of RE4 and prior releases, but that doesn’t mean the most recent releases are complete train wrecks.

Less survival horror and more action, Resident Evil 5 boasted co-op gameplay for the first time in a RE game, giving players the choice of playing as Chris Redfield or Sheva Alomar. Having two players means that Capcom had to step up when it came to bosses, and that is exactly what was delivered.

Multiple times throughout the games story we’re pit against Wesker, earlier encounters were close quarters combat, including hand to hand due to the fact he can dodge bullets. However, the more we fight him, the stronger he gets and before long Wesker mutates, sprouting a giant leech like arm. Good times.

Final Fantasy is known for it’s.. colourful character design, Seymour is no exception. It turns out he’s pretty determined to take you out too.

You ultimately end up fighting Seymour four grueling times, each in a different, stronger form. Your first encounter is in the Macalania Temple and is in three segments. It’s not an overly hard fight, but it’s a taste of things to come. The second battle is on the Highbridge, after the two groups reunite. He will be in his Seymour Natus form and will have a Mortibody, a huge mechanical creature to assist him.

Doesn’t sound too bad? Well, his third form, Seymour Flux, is known to be the hardest. This boss requires a hell of a lot of grinding just to scrape by. His signature attack is called Total Annihilation, you know he means business now. Finally, his last form Seymour Omnis, along with four large discs that cast elemental spells at your party. This guy really needs a hobby.

Another boss that appears in multiple missions, Nightmare is a bio-weapon created by the primary antagonist, Mundus.

Like many other bosses in the DMC franchise, it’s design is reminiscent of our deepest, darkest fears. Nightmare is a invulnerable gel-like mass for the most of the time and is only open to attacks to it’s core, which is rarely exposed. To make things harder, if you go ahead and deal some damage to it, the attack patterns will change, keeping players on their toes throughout the fight. Not to mention the ability to engulf you before teleporting Dante to an evil dimension.

Nightmare appears in missions 16, 18 and 20 and is known to be one of the most formidable bosses in the franchise.

The Evil Wizard appears immediately at the beginning of the game, stealing the magic crystal and kidnapping the four princesses. It’s your job to reclaim them all.

All of the bosses in the story are wacky in their own way, but most of them quite easy with predictable attack patterns, which is why the Evil Wizard was such a shock when we finally went toe to toe with him. His first form is a piece of cake, he’ll launch a few magic crystals at you, avoid these and destroy them until he hops off his platform. He’ll now have a defensive shield which frequently changes colour, attack with magic for blue, melee for red. Pretty simple so far. Third form, possibly the easiest, he’ll start floating around, jump up and melee him. Eventually the boss chest will land on him, making it appear that you are victorious. Go ahead and open it.

A huge, flying spider will spring form it, his final form. He’ll execute powerful side attacks with his side claws and spawn minions that can easily corner you. A huge change in pace for a game that was quite easygoing from the start.

So a few of the bosses on the list have multiple, stronger forms the more you beat them, but Simmons really takes the biscuit.

Fighting him is probably the most daunting part of RE 6, besides the fact of actually playing such a god awful game. After getting infected with the C-virus, he attacks Leon and Helena, mutating into a huge creature that runs on all fours, resembling that of a dog or a wolf. Simmons isn’t overly hard in this form, but later in the story he makes another appearance, as a god damn dinosaur. He gets distracted by Ada in her helicopter and starts to climb the Quad Tower, where the heroes will face him yet again, this time getting the better of him and sending him plummeting to his apparent death.

BUT WAIT, THERE’S MORE! Simmons once again returns as a giant fly like creature with giant beady eyes and multiple limbs. Seriously now Capcom, what happened?

This was our list of bosses that didn’t know when to stop, what do you think? Did we miss one you think should of been on the list?