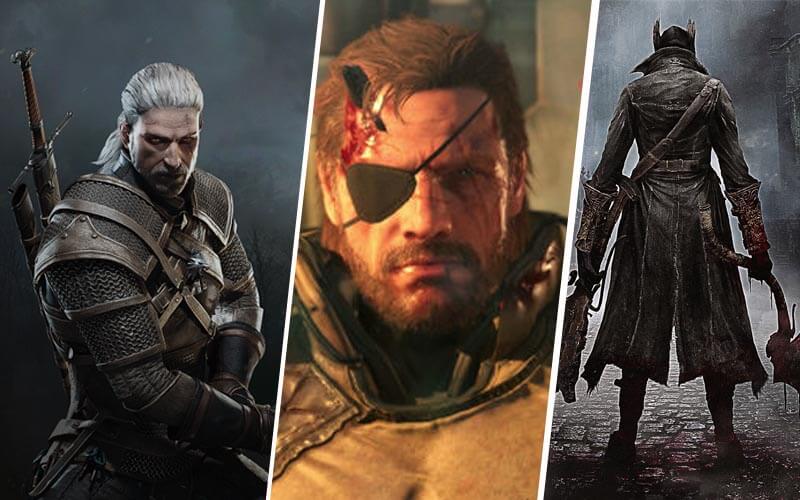 2015 has been one of the best years for gamers. Not only has it produced several blockbusters but has delivered consistently when it came to games that looked amazing. It will go down in the record books as being a year which saw several genre-defining games come out.

This article focuses on games that simply enthralled us with their visuals. Games, whose living and breathing worlds took us for a mesmerizing ride that not only managed to captivate our senses but also gave us a first-hand idea of what next-gen truly feels like. Let’s take a look

Although The Order: 1886 didn’t manage to live upto the hype it generated when Sony announced it back in E3 2013 and failed in many aspects regarding gameplay and execution, there’s one thing it did absolutely right: making sure it’s counted among the best looking PS4 exclusives released to date. The game, simply put, looks stunning. Right from the facial expressions to the living and breathing city of London, recreated in a steampunk-themed setting, it is a visual treat and gives us a glimpse of what the PS4 is truly capable of.

It won’t be far from the truth if we say it looked no less than a blockbuster movie and managed to please PlayStation fans by delivering a visual experience unlike any other PS4 exclusive to date (Uncharted 4 might change that next year).

Star Wars: Battlefront is another game that was hyped by its publisher EA and developers DICE to such an extent that it was impossible to make good of its promises. However, the game turned out surprisingly good and although lacking in content, the gameplay mechanics were liked by the majority of gamers.

However, what really made the game a fan-favorite was how DICE bought the Star-Wars world to life using its home-made Frosbite engine. Already famous for creating the most visually stunning shooter franchise in Battlefield, DICE made sure Star Wars: Battlefront became one of the best looking games to come out in 2015.

Right from the stunning looking vast maps to the great character models and textures, they got everything spot on and enabled fans of the series to delve into the most realistic looking Star Wars experience to date.

The Metal Gear franchise has always managed to set new standards for both gameplay and visuals for years and its latest installment is no different. Creator Hideo Kojima is known for creating perfectly paced cutscenes which are on par quality wise with the biggest blockbuster movies and his latest creation only took things a notch higher thanks to a spanking new engine called Fox Engine.

The game features some of the most beautiful looking locations, great character models and perfectly executed cutscenes. Playing Phantom Pain was no less than living inside a movie, the only exception being, you get to control the events inside it. Amazing.

Rise of the Tomb Raider

The new Tomb Raider game is a timed Xbox One exclusive and it didn’t really get the focus it deserved due to this. However, not only is this game a little gem when it comes to gameplay and execution but is hands-down one of the best looking games to have released this year.

The character models are some of the best we’ve ever seen and the visuals in general are amazing, right from the lush-green locations to the great use of textures and colors, everything in this game is a visual treat. The game is growing in popularity and will only become more successful as the PC and PS4 versions released. Expect it to look even better on the PC.

CD Projekt’s Polish-rooted RPG series was one of the biggest surprises in gaming history and its latest installments has surpassed all expectations, even by their standards. Not only is the game amazingly content-rich, features a great storyline, decent combat mechanisms and literally unlimited amount of things to do and gives you the liberty to have a totally dynamic gameplay experience based on the choices you make, it is also one of the best looking or THE best looking RPG to have been ever made.

We know that’s a huge credit to give but we’re not saying this without reason. Right from perfectly executed in-engine cutscenes, to featuring an open world that feels as real as the real-word, the Witcher 3 is soothing to your visual senses in every way.

Not to mention it has some amazing character design, great animations and facial expressions to boot. The Witcher 3 is by far the most complete package that was released this year.

This is a surprise addition and although some of you might be a bit shocked to see this in the list, anyone who’s played this PS4 exclusive will know what we’re talking about. Bloodborne grabbed you by the neck and never let go till the very end as it sucked you inside it weird yet painstakingly detailed world.

The gameplay was amazing in itself but it also looked and felt great. Right from featuring some of the best character design seen in a videogame to offering a consistent framerate, it got everything spot on.

The animations and level design were also unique and offered gamers a treat that they didn’t experience before. If you own a PS4, you’ll be doing yourself a huge service by purchasing this gem.