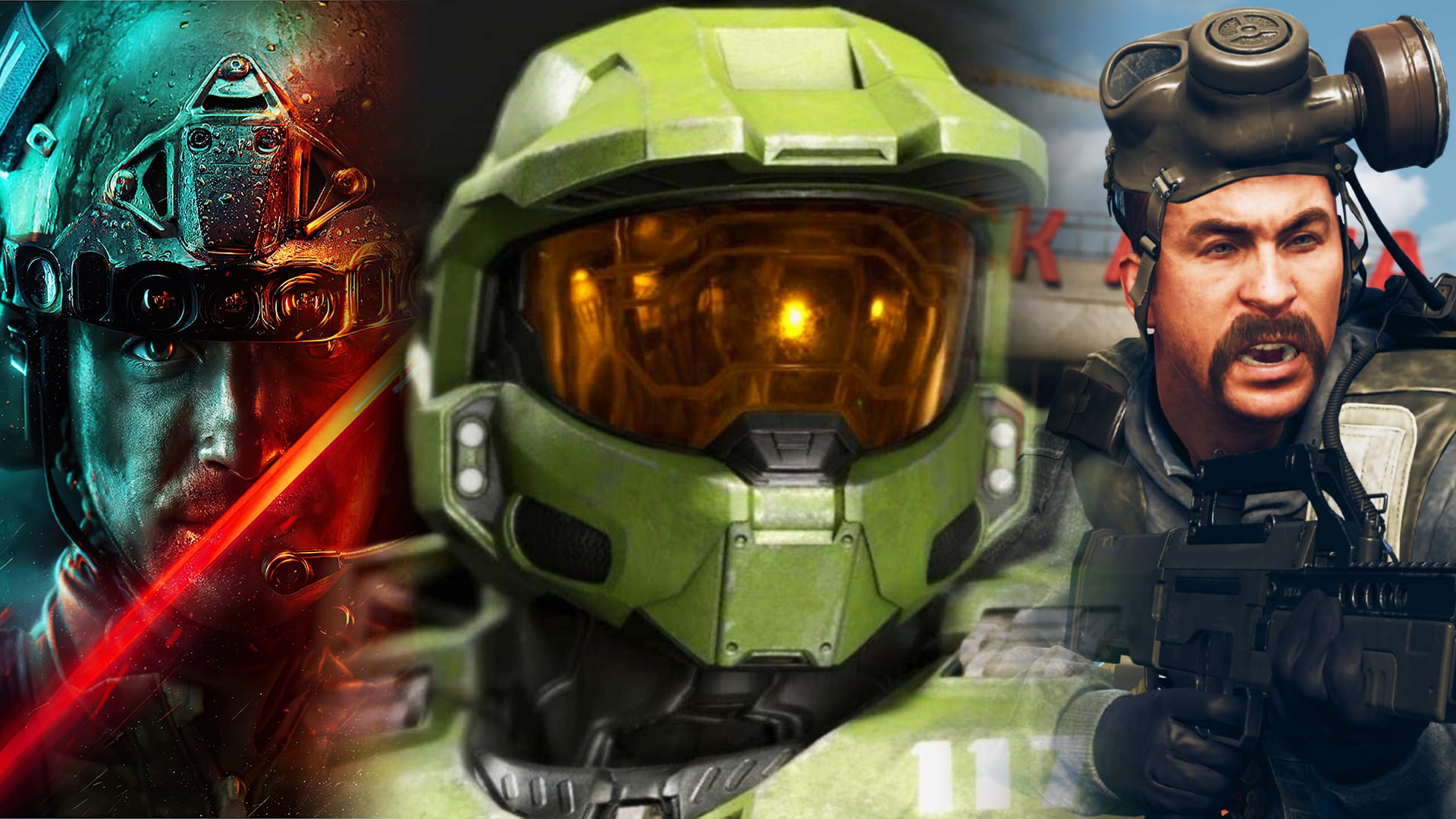 Feel free to disagree with me on this, but 2011 might have been the last ‘golden era’ for the multiplayer shooter genre.

Just that year, we got a modern rendition of Battlefield 3, still looked back upon as a fan favourite. Modern Warfare 3 was just wrapping up the blockbuster trilogy of Infinity Ward’s Call of Duty series, coming off the back of Treyarch’s debut Black Ops game. Halo Reach was still going strong with love from a strong community and hype building for the upcoming fourth mainline entry.

If you were a fan of the multiplayer shooter in 2011, you certainly weren’t spoiled for choice. Ten years later, as we near the midpoint of 2021, it feels like we’re approaching a similar scenario.

Back in the saddle

Call of Duty is ticking along nicely with Warzone at the forefront. Battlefield seems set to return to glory with 2042 paving the way after a number of duff series entries. Halo Infinite multiplayer is shaping up to be an incredible modernisation of the classic we all fell in love with.

Aside from the familiar nostalgic faces returning to our libraries, the industry as a whole feels like it’s in a similar period of experimentation to 2011. Back then, studios were starting to come around to the idea of using season passes to provide content road maps of DLC.

The promise of four or five huge content drops across a year isn’t too far from what we experience today, aside from that we’re not required to drop £40 a year for the privilege anymore. Each huge content drop was a date in the calendar to look forward to. They split each game up into different eras. Battlefield 3 specifically had a distinctly different vibe when the Close Quarters DLC released compared to when Armoured Kill dropped.

That’s something that our new way of thinking seems set to emulate. Warzone, Halo Infinite and Battlefield 2042 are all touted as ‘platforms’ for each respective franchise. Instead of releasing a brand new entry to each series every year or two, these shooters will use their live services to bring new content and evolve each game.

It makes sense from both a developer and consumer point of view. With seasonal iterations, developers can implement new ideas at a much lower risk. Why spend a few years creating a whole new game off of an untested idea when you could brave the waters in a live service? It’s a model that Bungie has seen to be incredibly successful with its work on Destiny 2. Sure, there’s the odd season that players find doesn’t quite hit the mark – but it always seems to bounce back.

That’s what I’m hoping for from the upcoming slate of shooters. We’ve seen with Warzone and Fortnite that, with some experimentation, developers are able to completely overhaul live services to the point where they’re unrecognisable from their original releases. If DICE and 343 are as brave with their experimentation as Epic Games, I reckon we’ve got a lot to be excited for in the years to come.

Lots to keep us occupied

Outside of the big three, there’s plenty of other shooters to plenty of other audiences. Rainbow Six Siege is entering its sixth year of support and is showing no signs of slowing down. Valorant is making waves in the esports arena, slowly coming for Counter-Strike’s crown. Overwatch 2 should be on the way soon, and should bring back much of its original audience with huge changes to PvP.

Part of me worries that with so many shooters to choose from, the market might become oversaturated. After all, there’s only so many battle passes that one can afford to purchase and also put time into.

That said, each of the games mentioned in this article all have their own unique traits. Overwatch and Siege each attract those who pride themselves on intense hero and map knowledge. Valorant and Halo might attract those who are on the competitive side. Battlefield and Warzone are there to pick up the pieces for the adrenaline junkies.

All in all, I’m excited to see what the next year of shooters brings. Even if there isn’t all the time in the world to play every single one of them, it’s surely a great thing that the multiplayer first-person shooter is returning to its glory days. The question is: which multiplayer shooter will you choose to be your mainstay? Let us know across our social channels.