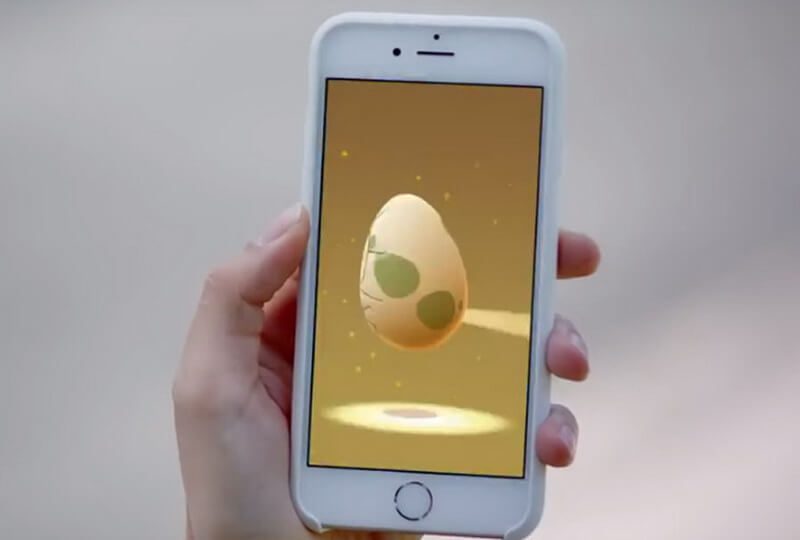 The Pokemon Go addiction has gripped the world by its horns. Players have constantly been trying to level up by collecting various Pokemon in the game. Even the most addicted and dedicated player wouldn’t refuse to use any tips or tricks which will help them to level up quickly.

Today, we have compiled a list of eleven cheats which works on Pokemon Go. These cheats are totally safe to use unlike some others that are risky to use such as using a cheat to get unlimited Pokecoins.

Catching Pikachu at the start

There is a very simple way to catch Pikachu at the very beginning of the game. When you start the game for the first time, you have the option of picking from one of the three Pokemon starters: Charmander, Squirtle and Bulbasaur. You’ll have to ignore this original trio if you want to make Pikachu your first catch.

All you would need to do is keep walking past them until they disappear from your map. However, these Pokemon will pop-up once again once you get too far away from them. So, you’ll have to ignore them continuously four times, and in the fifth try they will be accompanied by a Pikachu.

If you keep getting the same Pokemon over and over again, keep them. You can evolve them later when you level up your trainer. Pokemon Go players level up their trainers after acquiring enough XP required for their next level. The trainers with higher levels get to catch Pokemon with higher CP and HP.

On the other hand, evolving your duplicate Pokemon is another good option. It only costs a few candy to evolve common Pokemon like Rattata, Pidgey and Weedle, which in return gives you 500 XP. They can also be transferred to Professor Willow later which will earn another bonus candy.

You generally earn 500 XP for evolving a Pokemon. The use of Lucky Eggs doubles up the XP for a half hour, which means you’ll receive 1000 XP for every Pokemon evolved during that time frame.

It is advisable that you keep the frequently found Pokemon for evolving while using Lucky Eggs. You can also use an Incense at the same time, as the 500 XP for catching a new Pokemon will double up because of the Lucky Eggs.

Don’t use Stardust until you reach level 12 or 15

In Pokemon Go, you are rewarded with Stardust quite frequently for catching Pokemon and hatching eggs. Stardust will help you later in increasing the power level of the top-level Pokemon. The Pokemon that you catch when at low trainer levels are ignored when the level increases, so, any usage of Stardust over them will just be a waste.

You might have already noticed the curveball bonus a couple of times. The bonus appears just after scooping up a Pokemon. You can easily earn that curveball bonus by using a simple trick.

You can tap the Pokeball at the bottom of your screen, drag it forward, and swirl it in a circular manner while you are trying to catch a Pokemon. After you start swirling it around in a circular manner, the Pokeball will start spraying sparks and it will be that moment when you will need to throw the ball towards the Pokemon. This will need some practice until to start earning curveball bonuses more frequently.

You might have noticed those green, yellow, or orange circles while trying to capture a Pokemon, and you might be wondering what they are all about. These rings are actually there for you to get the perfect timing while throwing the Pokeball to obtain throw bonuses. You will get more bonuses if you hit the center of the circle and even further if the circle is smaller. This is definitely an easy way to earn some XP by mastering the art of hitting the center of the smallest circle.

Get better Pokemon from Eggs

Eggs can be found at PokeStops, and they have the possibility of hatching rare Pokemon. Once you collect those eggs, they can be found after swiping left of the Pokemon sub menu.

Once you tap on any of those eggs, there will be an option to incubate them. After putting them in the incubator, you’ll need to walk while the game is open on your device for the eggs to hatch as Pokemon. There are 2 km, 5 km or 10 km eggs, and each of them will give you different Pokemon. The longer you have to walk to hatch the egg, the better chances of snagging a rare Pokemon.

Don’t be too discouraged if you don’t get a great Pokemon from an egg. You still get a decent amount of Stardust and Candy with each hatched egg.

Move to places where people gather to play the game

If you want to catch some amazing Pokemon, you can move over to a place that is populated with Pokemon Go players. The players typically put out lures that will attract various Pokemon. Try to group with other people while playing the game and select a region where there are numerous PokeStops around to get the best results.

Pokemon Go requires a lot of moving around. Players need to move to different regions to capture different Pokemon. So, you’ll need to be a little adventurous if you want to succeed in catching them all. Try to venture around some unexplored areas; who knows if a rare Pokemon is waiting for you there.

Another good option is to play Pokemon Go at night. A lot of Pokemon have a chance of appearing only in the evening or at night. On the other hand, some other Pokemon only appear in geographically appropriate areas.

Evolve Eevee with this Easter Egg

Eevee is a Pokemon who can evolve into three different Pokemon randomly. There is also an Easter egg buried in the game which was found out by Redditor smithnigel.

“The Eevee Brothers from the original anime were named Rainer, Pyro, Sparky and they owned a Vaporeon, Flareon and Jolteon respectively. If you nickname your Eevee either Rainer, Pyro or Sparky, your Eevee will evolve into that desired Eeveelution!”

However, you will need to remember that this will only work on the first Eevee you name appropriately.

You can easily win any gym battle against an opponent using this simple dodge and attack technique. All you have to do is notice the yellow flash of your enemy, and then dodge their forthcoming attack immediately. After dodging their attack, hit the enemy Pokemon back by tapping at your own Pokemon.

You can use this use this method over and over again to defeat any enemy. However, if you face server problems this trick won’t be of much help for you.