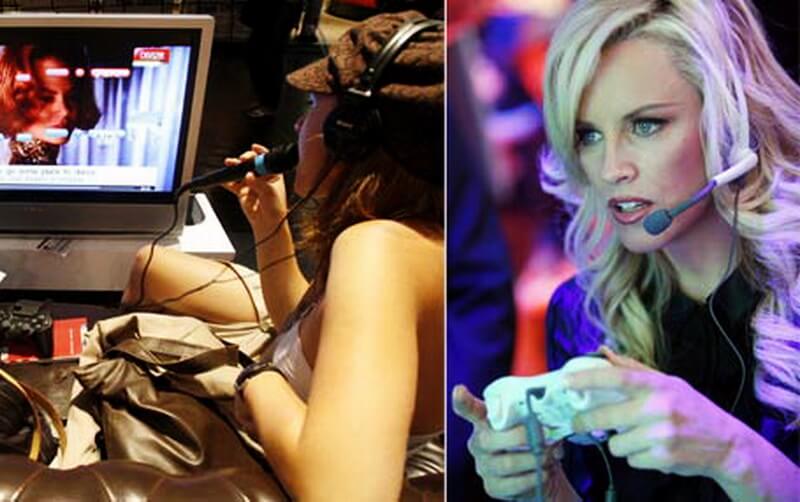 As a female that has been playing video games for most of my life, I have heard it all. Most of the items on the following list stem from my personal experiences as an online female gamer, but I am sure many people can relate to it on some level either personally or through friends and family members.

Female gamers tend to deal with a lot of flak in comparison to male gamers, so here are a few things that you should probably avoid in your next conversation with a true gamer girl:

You play video games? Isn’t that a hobby for boys?

I’ve been playing video games since I was four years old. I also played with Barbie dolls, My Little Pony toys, and was obsessed with Bonne Bell lip gloss. Just because I chose to hang out with Link over Ken from time to time did not make me any less feminine or girly.

And honestly, why does that even matter? We should not be living up to society’s ridiculous expectations of what girls and boys should be playing with anyway.

Get back into the kitchen and make me a sandwich! (Kitchen.)

Seriously? This is the best line that you could come up with in an attempt to insult me? If I had a dime for every time I heard this while playing online, well, I’d have enough money to hire myself a chef. The fact that I play video games does not negate any cooking abilities I may have, or any desire to make a meal.

I may be heading into the kitchen to make myself a meal, but I definitely will not be bringing you a sandwich.

I am still trying to figure out how someone’s voice depicts how much they weigh. Apparently my vocal chords are surrounded by a certain amount of fat cells, it makes a distinct sound when I speak and is easily detected when I talk to people online. And honestly, why does it even matter? I still whooped your butt in Call of Duty and I have a top 10 high score on that Rock Band song you just failed. I didn’t realize that there was a weight requirement for me to earn your respect in the gaming world.

What happened to appreciating someone’s skill, and when did people start bashing other’s appearances in order to defend their losses? And weren’t you the guys requesting sandwiches five minutes ago? Wouldn’t that make you the hungry one?

You play well…for a girl.

Since I have been gaming for nearly thirty years, I’ve always been the “gamer girl” or “girl that plays video games.” At times it is a little fun to be a rare commodity in a male dominated industry, but why does the gender of a gamer actually matter?

There are no advantages to being a male gamer versus a female gamer, and vice versa. We should congratulate others on their actual game play and skill, regardless of whether or not they have the ability to give birth.

Is this a phase?

In past relationships I have come across the issue of men expecting me to grow out of playing video games. I’m sorry, but video games were here before you were! Mario and Luigi know more about my childhood than you probably ever will.

Master Chief has killed countless enemies because of my broken heart. I may go through periods of time where I play less or switch to different types of games, but video games have always been an important aspect of my life and I don’t see that changing.

This is not a hobby that I picked up on a whim after spending hours on Pinterest looking for something to do. People don’t expect others to phase out of loving sports, cooking, or reading, do they?

You are just looking for attention!

Being a female gamer opens up a lot of windows for sexual comments, requests, and expectations. I don’t play video games to seek attention from others. Obviously I come across men on a frequent basis and have many male friends online, but I have never used online gaming like it is Tinder.

I have received many messages asking for personal contact information, social media accounts, and have even had a guy send me his phone number in an Xbox Live message asking me to text him. Just because you are trying to meet a girl online does not mean I have the same intentions. Please, just let me conquer a dungeon without bombarding me with Snapchat and Instagram requests.

You must be really ugly.

There are a lot of similarities to point number 2, but this one digs a little deeper. A lot of people have a hard time understanding that there isn’t a certain type of look for a gamer. Insults under the ugly tree may include: Bet you can’t get a man! You probably still live in your parent’s basement! You’re only good at video games because you can’t get laid! Believe me, I have heard everything under the sun.

There will always be stereotypes, but please don’t expect me to look a certain way just because I sometimes spend more time socializing with my online friends than my real life friends. Most of us look completely normal and lead everyday lives. Gaming does not eliminate our full time jobs, education, significant others, or children. If you saw me in a crowd, you probably would never expect me to be a gamer just by looking at me.

People online are jerks. The fact that they believe that you cannot own your own PSN or Steam account makes them even bigger jerks. I did not realize that I needed a man to sign a permission slip before spending my hard earned money on a console or PC.

And yes, those game stats are also mine. I have never had to hand someone a controller to buff my stats before, and I never will.

People tend to go for the cheap shots. It is actually quite hilarious because people think that when I do better than them in a game, it is because of my romantic life. I do not understand why my extracurricular activities are relevant to video games, and I will probably be scratching my head over that for a while.

It seems like people just get angry and go for easy insults. In all honesty, it can turn into a very amusing source of entertainment but it does get exhausting after it occurs multiple times a day. How many people a girl sleeps with is completely her prerogative, and is totally unrelated to video games so why even bring it up?

Will you marry me?

In comparison to the rest of the list, this is a very mild statement. It is just a little strange. I have received many marriage proposals while playing online, but they usually just make me laugh. I know guys are usually joking when asking this, but I have received some peculiar messages following marriage proposals so I am very thankful blocking and muting capabilities on games.

Gamer girls are awesome individuals and should be celebrated by just being awesome. We tend to have thicker skin since there seems to be a lot more to deal with mentally when engaging the gaming community, and we still kick ass and take names while dealing with all of the other unnecessary drama. If you come across a gamer girl, try not to be rude just because she doesn’t fulfill your expectations of a typical gamer. She’s probably worth your time and you may not find another one like her any time soon.