It’s not about pay to win, it’s about spending money on the most ludicrous in-game items that most of the time offer nothing except an aesthetic value. Some players have made a habit of buying all kinds of rare items with the sole purpose of collecting them. But there are also games that encourage you to trade, speculate the market and make quite a profit from buying and selling expensive objects. The reason why people go to such lengths to achieve these items is not so important now, because we will be focusing exclusively on a list with 10 of the most expensive in game items that really cost a fortune. 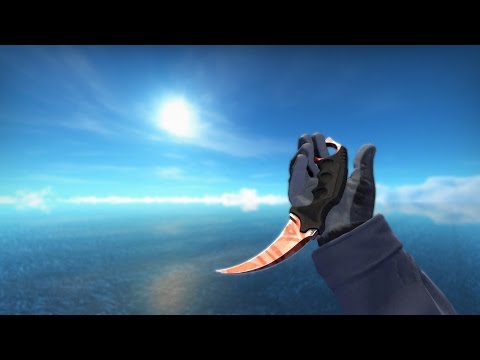 Besides its vast territories waiting to be explored, Eve Online also offers a strong market place to its players where they can buy and sell all types of items. At the time of purchase there were only three extremely valuable Revenant Super Carrier ships, but one of them was especially expensive  (about $11,118 worth of kredits). After it was bought, this behemoth was operated by a player named TSID until a rival guild known as the Pandemic Legion managed to blow the Revenant up to smithereens. It was a huge loss for the owners and this incident even became national news- it even got a feature on Forbes.com. The Revenant Super Carrier was not only one of the most expensive in-game purchases in history, but also one of the most devastating losses.

Team Fortress 2 is notorious for its varied inventory of so called cosmetic items, each of the classes having their own specific hats, coats, sunglasses and many other accessories. None of them have the power to offer extra strength or to improve the player’s stats, being merely used for their esthetic purpose. Out of all of these adornments, the Burning Flames Team Captain Hat sparked unusual interest after initially being sold for $5000; now it seems to be evaluated and sometimes even sold at the amazing price of about $12,000 worth of in-game currency. It is usually found by players and sold at different prices depending on how eager to have it the buyer really is, with the prices fluctuating periodically.

Even though there was a speculation that a Blue Gem Karambit Case Hardened knife was sold for $55.000 to some player, only to be later bought by a CS:GO seasoned trader for $100,000 worth of items, the M9 Bayonet: Web is the most expensive confirmed sale in CS:GO. The same trader was offering the Karambit for sale to someone willing to pay $150,000, but we don’t know if he actually sold it and this business scheme that he used was obviously meant to increase the knife’s value. However, what we do know is that another knife, the M9 Bayonet: Crimson Web, is worth about $5900, or even more, according to information from the CS:Go analyst official site. Again, this Crimson Web type of knife is said to have been purchased by someone for about $23.000, and we did find a picture with the receipt of the deal, but you know how it works: Don’t believe everything you read on the Internet.

Back in 2007 the maximum level a player could have in World of Warcraft was 70; in this context a player managed to reach endgame with his Elf Rogue character named Zeuzo and sell it for about $9,000. An array of high-powered items obtained from successfully finishing quests significantly increased the price. Armor and weaponry that few players managed to obtain, such as the twin Warglaives of Azzinoth were amongst the most valuable items Zeuzo was equipped with. As it was considered the best Rogue character in the entire game, the owner managed to sell it for this considerable sum, but alas the new possessor had his account banned by Blizzard since they have a very strict policy regarding account selling.

Back when Diablo 3 was first released it offered the possibility to trade items in a different kind of auction house, here you could buy and sell weapons, armor and other objects using real money. The Echoing Fury Mace, as the best single handed weapon in the game, was considered the rarest and most expensive item available – only the luckiest character in the world would be able to find it and purchase it. This particular mace didn’t catch players’ attention until its price rose from about $250 to the whooping $14,000 or 40 billion in-game gold. The price got so high through multiple transactions, the mace being passed back and forth quite a few times before becoming the most expensive and sought after item in the game.

To mark the 2013 launch of Age of Wulin, its developers held an auction in 2011 where the players were able to bid for exclusive items. Some other weapons were sold for sums ranging from $1000 to about $2500 but a particular sword attracted all the attention. The Dragon Slaying Sabre was sold for the staggering sum of 100,000 Yuan (about $16,000) to a highly devoted fan of the game – he was the only one willing to spend a fortune on a virtual item. This one of a kind scabbard would not be available to any other player, meaning that the new owner really had full claim over it. This affair reached international news, lots of online publications turning their eye towards such an odd and expensive purchase.

The Ethereal Flames Pink War Dog is a courier in Dota 2 and it is used for transporting various items between the base and the characters, allowing the players to keep staying in their lane. People have the option to pay real money to open in-game crates in which they can find various skins and other items. The fact that this war dog’s shade is pink (a very rare color) and it has ethereal flames emanating from its fur are the main reasons why this companion was sold for an outrageous sum of $38,000. You can imagine that such a grandiose transaction caught the public eye and many important gaming publications reported the event. The Ethereal Flames Pink War Dog will definitely stick out in gaming history as one of the most overpriced aesthetic items ever.

After masterfully creating a fictional version of Amsterdam using high resolution photos of the city and building each corner precisely like in reality, Kevin Alderman opened it for the public. Every little detail has been included, the Red Light district, marketplace shopping and even prostitutes can be found in the online version of the famous Dutch city. Such an exquisite work could only be valued at a very high price and this is why Alderman placed a selling ad on eBay, asking for no less than $50,000. A fair value for an entire city, right? It was the first virtual property sale on the website and it was purchased by 3dutch.com. Amsterdam is also the most expensive transaction ever carried out in the online virtual world of Second Life.

Entropia Universe is an MMORPG made for entrepreneurs, here you can buy and sell all kinds of items, properties and even entire planets. Such a transaction was made when a seasoned trader, Jon “Neverdie” Jacobs, mortgaged his real life home to be able to purchase a virtual asteroid. After a few days when many other wealthier players tried to buy the asteroid from him but got refused, John transformed it into a planetary resort and called it Club Neverdie. It seems that he speculated well and this business was bringing him $200,000 per year from players that were visiting the stadium and the shopping center available. However, in 2010 he finally sold Club Neverdie in pieces for the colossal sum of $635,000. Guess the investment paid off.

The Planet Calypso transaction entered The Guinness World Records Book as the most expensive purchase of a virtual item. SEE Virtual Worlds is the company that bought Planet Calypso from Mindark, the developers of Entropia Universe, for the humongous price of $6 million. When you come to think of it, this is not even that much considering the fact that they actually bought an entire MMORPG universe. Be it as it may, it still is a virtual item we are talking about, but since we’ve already settled that Entropia is much more than a simple MMORPG where players build characters and complete heroic quests, buying and selling properties is a popular way of obtaining quite a profit if you know what you’re doing.

This was our list highlighting the most expensive items ever bought in games. We often ask our audience for suggestions to compile these lists, if you’d like to contribute, please follow FragHero on Facebook and shoot us a message.