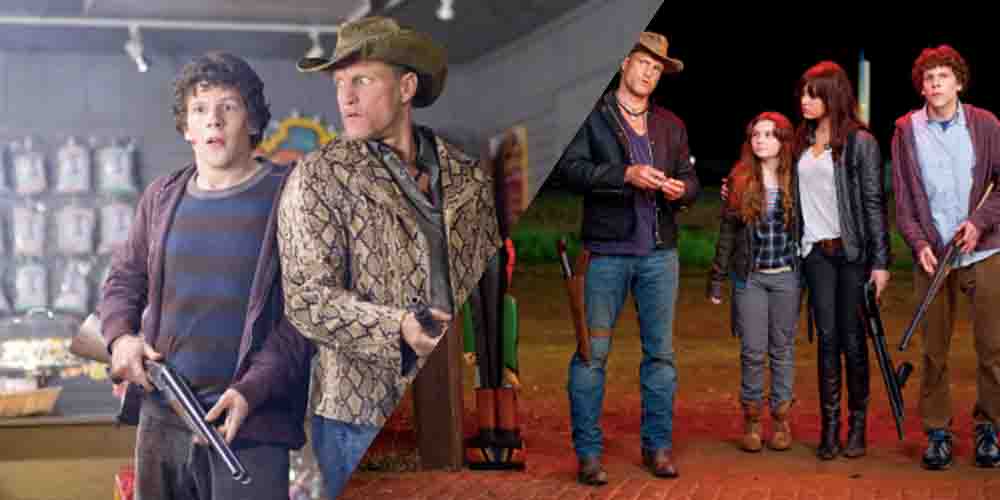 If you’ve never seen Zombieland, then it’s time to get streaming as the highly-anticipated sequel is on its way. The 2009 movie starred Jesse Eisenberg, Emma Stone, Woody Harrelson, and Abigail Breslin. There’s been rumours that a sequel was coming pretty much ever since the original movie’s release. However, we now officially know that Ruben Fleischer is directing, and the four original cast members  are returning.

If that wasn’t exciting enough, it looks like there’s now been some details regarding the plot. According to Super Bro. Movies, Zombieland 2 will further tell the story of Columbus, Tallahassee, Wichita, and Little Rock as they make up camp in the White House. The story will revolve around Colombus and Wichita getting into a fight that breaks up the makeshift family, causing Little Rock to leave with a man named Berkeley, played by Avan Jogia. As the group ventures off to find Little Rock, they encounter new kinds of zombies including, “Homers (dumb ones), Hawkings (smart ones) and Ninjas (deadly ones)”. Tallahassee is also said to encounter another female zombie hunter that matches his skill set named Nevada.

It looks like Bill Murray is also reportedly set to return, along with his Ghostbusters co-star Dan Aykroyd. Zoey Deutch has also joined the cast in an undisclosed role. Intriguing.