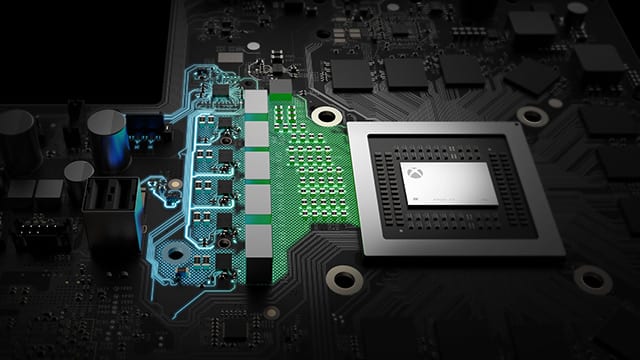 We have 4 more months before Microsoft’s new console, the Xbox One X releases. It is set to be the world’s most powerful console, a title the Playstation 4 Pro currently claims. With the release on 7th of November, the world will witness true 4K console gaming for the first time.

For Microsoft, this is a huge step due to the fact that the predecessors were mostly capable of handling 900p or even 720p gaming. The Xbox One X will be able to utilize the new hardware and offer users a more immersive experience.

Thanks to DigitalFoundry, we are finally able to dig into the capabilities of the upcoming Xbox One console. According to them, they reached developers and got the chance to see actual benchmarks first hand.

Developers benched around 9 games in total from different genres. Some of them have already released for the previous Xbox One consoles and others are still in development.

First of all, one game that seems to appear on the list as “in development” is Forza Motorsport 7. The racing game which Xbox showed on their E3 presentation looked truly astonishing on 4K. It is built in a dedicated game engine so developers can take advantage of Xbox One X’s  hardware. This means that we will be capable of playing the game at a native 4K resolution.

Moreover, the game will only be using 66% of the console’s GPU power leaving room for graphical improvements. Apart from the racing title, previously released games such as Gears of War 4 will make their way on the Xbox One X. Although it was built for the Xbox One, the Third Person shooter is thought to be played as it is on 4K. However, it will feature some higher resolution textures alongside some other enhancements as well.

One main issue with the Xbox One X is its CPU. Handling a 6 Teraflop GPU is not an easy task. That said, many open world titles with huge environments are not guaranteed to run on locked framerates.

Another main cause of this is the fact that developers of third-party games use their own engines. As a result, they are unable of using the console’s hardware to its fullest.

Nonetheless, most games that the developers presented were not built for the Xbox One X in the first place. Microsoft’s advice to developers was to expect at least 4x resolution boost and 8x anisotropic filtering.

Furthermore, they advised them to take advantage of the additional GDDR5 memory and consider using dynamic resolution and checkerboarding to get their games to 2160p if the engine does not allow to scale.

That being said, games could possibly perform better on the new console. Given the fact that a game does not target Xbox One X, it will still tap into all of the power of the new system. Yet, that may not be the case at all as the games could just end up performing worse than expected due to the in-game improvements which will certainly drain GPU and CPU power.