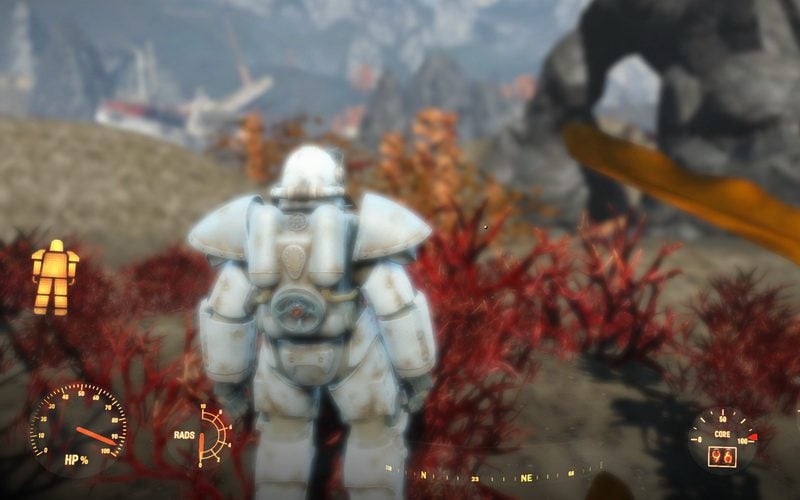 We all do it while playing Fallout 4, we endure through a few missions, travel to the next location and get distracted by a building or a camp that’s sure to have ammo, caps or weapons, inevitably leading to you searching another nearby establishment and forgetting why you’re there in the first place, but is it just the land you’ve searched?

A certain Redditor ended up in the ocean and was unable to get out, so taking advantage of power armor’s radiation resistance and oxygen reserves, took to the seabed to explore what’s hidden in the murky waters.

Barring the submarine, there’s nothing much under the surface besides a few ammo caches and power armor frames but this does ask more questions that it solves.

Why are there supplies under water? Can we expect to see an underwater DLC, a few extra quests that are set in the ocean? A new breed of water based creatures? A whole new storyline? What exactly are we searching for? Is the secret harpoon gun a hint to this?

If you would like to take a look for yourself, remember to take either plenty of Rad-X or Mirelurk cakes with you, a suit of power armor or invest a skill point into the aqua boy/girl perk to breathe underwater and avoid radiation altogether. Happy hunting.

Fallout 4 has a season pass and it’s confirmed to be getting a few DLCs at the least. Having such an explorable ocean bed doesn’t make any sense unless the developers has a plan for it or are already working on something that is bound to be a treat.

This is not to say that you should not keep exploring the ocean bed right now. Who knows what lays beneath there and you might be the first Vault Dweller to stumble upon some unknown treasure.

Could there be something as elaborate as Blackreach (a secret area of Skyrim) that is just waiting to be explored and the door awaits you ever so patiently?

If you do find anything of interest, be sure to let us know below. We’ll feature it on the site and give you ample credit for helping us do so.