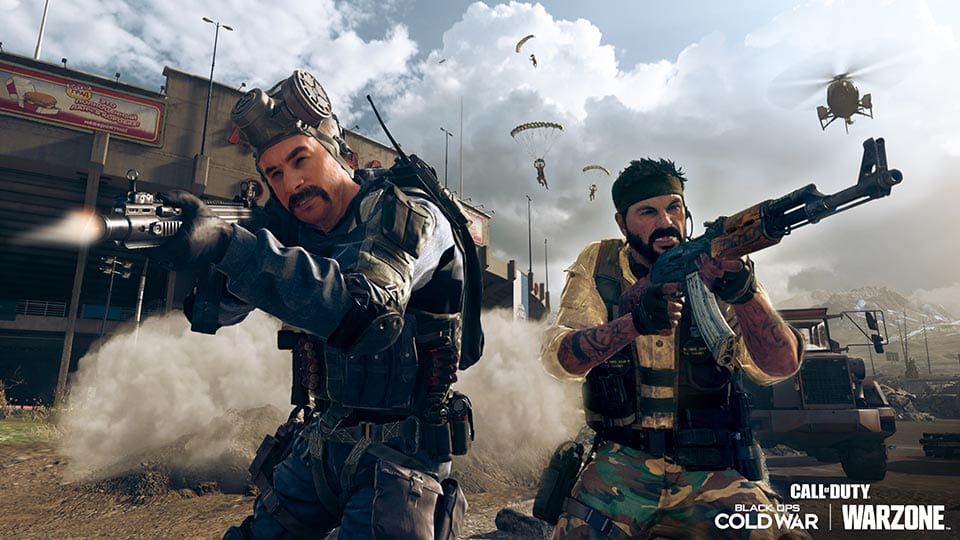 Cheaters in Call of Duty Warzone are entering lobbies and boosting the accounts of other players to the maximum level [via Eurogamer].

Hackers in Warzone are usually a menace. They’re usually either beaming you from across the map, or tormenting you from beneath it. In a strangely positive twist, however, some hackers have decided to use their powers for good.

Earlier this week, players began to notice that they were being granted access to all of the available weapons in Warzone. In the middle of matches, players would begin to see camo unlocks speed across the screen for weapons that they’d never even used before.

Here’s the reaction of one streamer who managed to capture the event on camera.

It seems that hackers are going into lobbies and using hacks to boost players’ accounts up to the maximum level. As a result, this unlocks all of the weapons to use as well as their respective camos. That includes the Obsidian camos which can only be acquired once every weapon in the game is ranked up as high as possible.

It’s not just happening to lesser known streamers, either. Nicholas ‘Nickmercs’ Kolcheff showed off his brand new collection of skins to TimTheTatman on a recent stream.

One streamer reckons that the influx of hackers might be because there was a free weekend for Warzone last week. They were also the victim of a hacker, instantly having their account levelled all the way to the max.

While some might view it as helpful, others might not appreciate their account reaching max level in an instant. With no weapons left to level up, it removes that sense of progression that many players love about Call of Duty games.

The studio is yet to comment on the exploit, though reports of the hack have stopped coming through since earlier this week. It could be that the matter has already been dealt with.

What do you make of these hackers boosting people’s Warzone accounts? Let us know across our social channels.