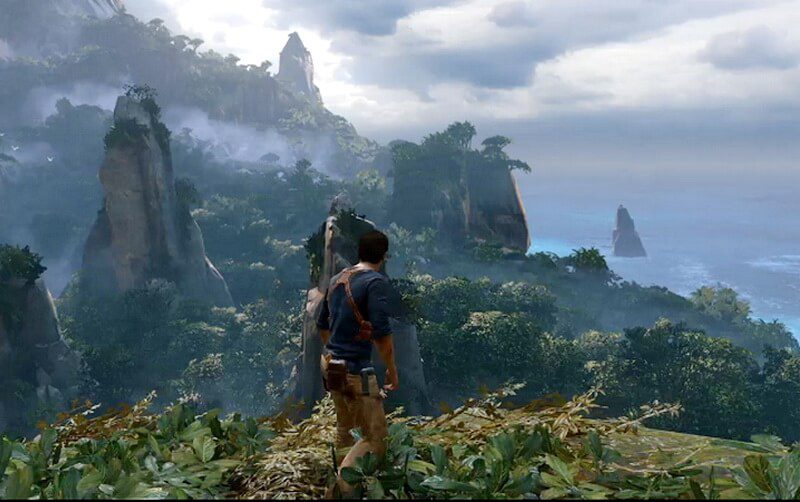 At the recent GDC 2016 event, Uncharted developer Naughty Dog may have accidentally just released a list of hints about levels to expect in the upcoming fourth entry in the series. In one of their presentations, a link to which you can find here, a rather visually observant Reddit user named VaNillaGTA discovered the image shown below.

In the image you can see a box on the left hand side of the screen. In the video, this box appears at 36:10 for just a moment, and quick eyes were needed to catch it. The box contains a series of what may be references to specific levels within the game.

Some of the words can be a little difficult to see, so a list of them is included below for clarity. Where the words were pretty blurry, a best guess has been made.

Although the titles aren’t very descriptive, they at least give an inclination as to what players could expect to see. In a recent interview on Gamespot with Uncharted 4’s Creative Director Neil Druckman, Druckman stated that game was to feature the widest variety of environments yet seen in an Uncharted game.

The titles we can see from the image only help to further back up this claim.

Uncharted 4 is set to be Nathan Drake’s final adventure, and there’s barely 3 weeks left now until its release date. Naughty Dog are legendary for producing games that set the bar for other developers to match. If their previous work is anything to go by, and it most definitely is, we can all safely have faith that Uncharted 4 is going to do everything but disappoint.