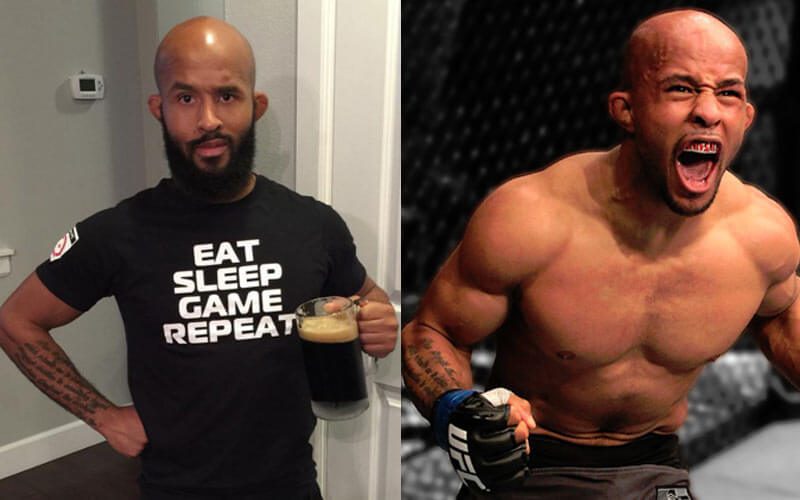 Demetrious Johnson is arguably the best martial artist on the planet, but unless you’re a gamer or a hardcore MMA fan – chances are you haven’t heard of him. But you definitely know who Conor is, and who Ronda is.

It’s one of the biggest travesties in modern-day combat sports. His Pay Per Views for the UFC are among the lowest, because casual UFC fans either aren’t aware of him or simply aren’t interested in seeing him fight. When I say he’s arguably the best, that’s because most people would put him at the top of the list of active fighters, and hardly anyone would put him lower than #2. As far as pure skill and technicality, it’s hard to argue that Demetrious “Mighty Mouse” Johnson isn’t leading the pack, but he fights at 125lbs and most people are more interested in seeing the bigger guys duke it out, even if they’re considerably less talented.

But he doesn’t let that slow him down, he goes out there night after night and does his thing. He kicks ass, he takes names, and the real fans appreciate the hell out of him.

When Mighty Mouse isn’t training to defend his championship belt against any and all comers, he’s usually chilling at home and streaming on Twitch. Even on the day of weigh-ins, while cutting weight and getting ready to defend his belt, he found time to stream Dark Souls 3. Guy’s just a glutton for punishment.

Not only is he skilled, but he’s one of the nicest and most humble fighters in all of mixed martial arts. He’s simply not willing to get into the trash talk game in order to sell a fight, he wants people to watch his fights because of what he does inside the Octagon, not outside of it. Now, that means he doesn’t get as much attention as somebody like Conor McGregor, but he has the peace of mind of knowing that any of his fans are going to be true fans and true appreciators of mixed martial arts.

The champ with his lovely wife, can you say ‘winning’?

Mighty Mouse recently earned the status of having a featured channel on Twitch, and even after years at the top of the game in MMA, he’s getting more love from gamers than from fight fans. Gamers who don’t even know or care about the UFC are showing DJ love. He’s just a super likable guy, and it’s a real shame that MMA fans haven’t given him the credit he deserves.

When it’s time to round up all the fighters for a press conference, he’s the first one on the bus and one of the hardest working guys in all of combat sports  – but at one press conference in particular, he wasn’t asked a single question. He was the only guy who showed up on time, and the media still wouldn’t throw him a bone.

At this point, it’s a bit of a self-fulfilling prophecy. The media is shy to give him any real coverage because they think the fans don’t care, but how are the fans ever going to care until the media and the UFC start giving this guy a proper push? It’s the UFC’s job to promote fights and fighters, it’s DJ’s job to get in there and to keep doing his thing, but the UFC wants him to put on a spectacle in trying to promote his fights. That’s just not his personality, he’s too down to earth to go around and pretend to hate his opponent. He has respect for everyone he fights, but unfortunately humility and respect aren’t going to sell as many tickets as cocky bravado, even when they’re coupled with incredible skill and hard work.

Getting in a couple rounds with fellow UFC champion Dominick Cruz.

It’s not often that someone comes along who can be a great ambassador for the sport, while also competing at the very top level.

Check out his stream on Twitch, and if you catch him online make sure you show him some love and let him know that Fraghero sent ya.