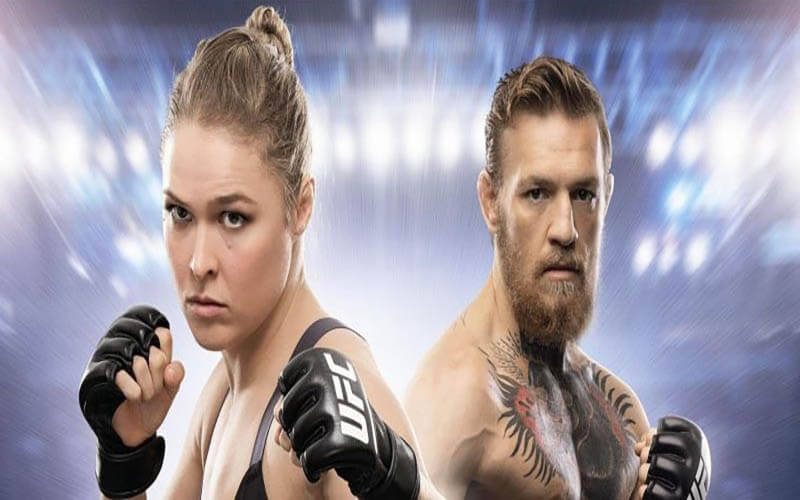 Whenever it was that EA decided on the two fighters to be the cover of UFC 2, it must have seemed like a sure win. I mean come on, Ronda Rousey and Connor McGregor seemed pretty untouchable…at the time.

Rousey of course met her match when she was knocked out in November by Holly Holm. McGregor was choked out on Saturday, which shocked millions of people.

EA Sports probably wishes they could have foreseen these two titans in the business falling right before the game was set to release next week, but it’s far too late now. Both fighters on the cover have lost their most recent fights, which probably won’t hurt sales of the game, but sure doesn’t leave a good taste in your mouth.

Now don’t get us wrong, these two fighters can easily bounce back from their losses and by later this year or next, be at the top of their game. But for now, we look to pictures like this: