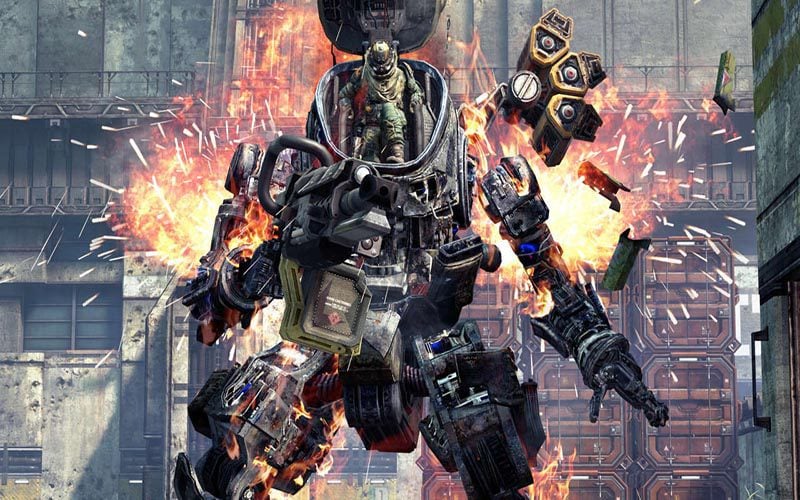 Oops. Wouldn’t be the first time a game retailer has messed up. The thing about this one though is it doesn’t feel like a mess up.. Gamestop doesn’t seem to be removing the fake game cases they typically use to advertise with.

In any event, while not officially announced, Titanfall 2 is well known to be in production. While the original was an Xbox exclusive, rumor has it the sequel will be multi-platform, and also unlike the first, will include a single player campaign.

More evidence for the games existence is toy maker MacFarlane accidentally announced it’s line of toys for Titanfall would launch later this year along with the sequel. We expect an E3 announcement, with a release sometime for November.

For more on upcoming shooters, check out Call of Duty: Ghosts 2’s leak and Kickstarter game Battalion 1944. Also, Battlefield 5’s leak about being a WW1 shooter.