The Star Wars fans have once again proved that they can make unbelievable films. Previously, they made a short film on Boba Fett, which was simply fantastic. This time they have come up with another one called – Darth Maul: Apprentice.

Death came to Darth Maul a little too earlier than expected as he was one of the most loved characters in the prequels. He had a screen time of only 15 minutes in The Phantom Menace but he made his presence felt in whatever little time he got and left a lasting impression on fans of the franchise.

However, we have got another chance to watch him fight again thanks to this fan-made film made by T7 productions.

We worked incredibly hard on this film for almost 2 years! We always felt that Darth Maul should have had more screen time. So we wanted to create a film just for him with the best lightsaber fights we could do! This is not based on any books, comics etc.”

Just sit back and enjoy the film below – 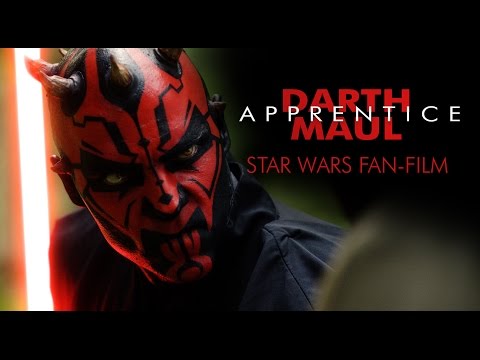