The tech demo is a technological marvel. The set is composed of about 1 million polygons, each character containing just under 1 million polygons, along with 350MB of textures and around 40 shaders. Physically Based Shaders, volumetric lights, full HDR, Color Grading, Physical Lenses and translucence to render skin are also used in the demo.

Quantic Dream’s David Cage said that the demo follows in the footsteps of The Casting and Kara with a view to rendering realistic emotions using the power of the consoles.

Quantic dream decided to introduce the element of comedy to challenge themselves because by using non-human characters for comedy, they had to adapt their technology accordingly.

According to Cage, “The graphic quality obtained with relatively little effort was a spectacular improvement on PS3.”

“We obviously expected this, going from the tech specs, but it’s one thing comparing the number of polygons per second, and it’s quite another seeing it on the screen.”

“On PS4 everything looks great because the machine offers power that was totally inaccessible up until now. We can feel that we are closing in little by little on the kind of graphic quality we find in CG films.”

“The PS4 engine used for The Dark Sorcerer is only in its first iteration and most of the features scheduled for the final version of the engine haven’t yet been implemented. This demo is only a first test that is well below the visual quality we hope to achieve in our next game.”

Check out the 12 minute short below and let us know what you think. 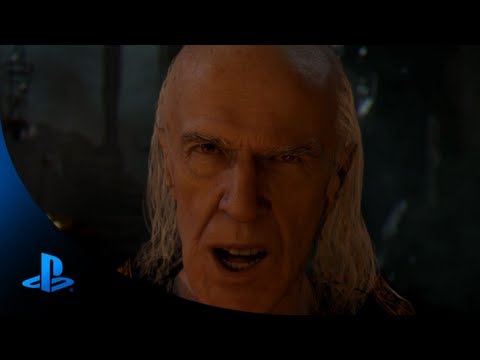