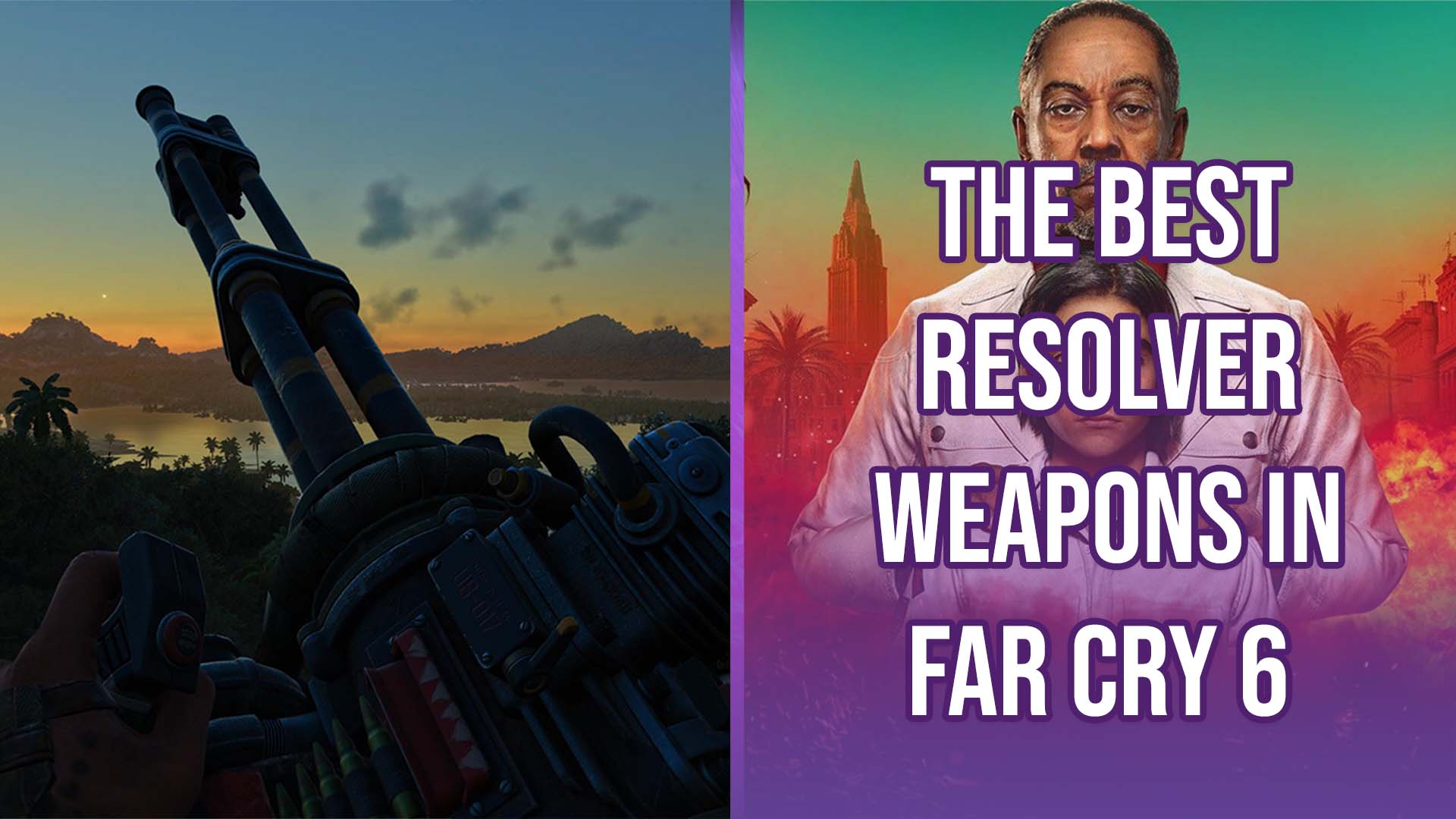 Check out the best Resolver weapons in Far Cry 6 that will allow you to live out your guerrilla fantasy in Yara.

Far Cry 6 is full of customisable weapons that are a blast (ahem) to use. You can even choose between fighting alongside a crocodile in a windbreaker or a feisty rooster with Far Cry 6’s Amigos. However, no other weapons in the Far Cry franchise have been quite as fun as the Resolver weapons introduced in the latest entry.

Resolver weapons are an invention of Juan Cortez. They are made up of anything from firework dispensers to motorbike engines. And with 11 resolvers weapons to choose from, it might be hard to pick out the best of the best. And that’s why we are here, with your comprehensive list of the best Resolver weapons in Far Cry 6.

This thudding beast is a massive hand cannon that is perfect for close quarters combat. What makes the El Muro special is that it doesn’t come alone. This Resolver weapon is accompanied by a shield which protects you when aiming down sights. This is fantastic when encounters become a bit overwhelming. It can especially be the case when helicopters and reinforcements begin to show up. It provides the perfect opportunity to find your bearing and step aside to heal. I found this particularly useful against animals when hunting for the big prey.

The El Pequeño is the perfect weapon for those that love to throw stealth out the window. It may not have the best accuracy, but there is barely a better feeling than it’s motorbike engine revving up and popping off. You might struggle to hit individual targets, but put a tank in front of this bad boy and then you’re talking. And once you add armour piercing and incendiary round to it through upgrades, you are pretty much unstoppable.

Let’s say you want to take out heavy vehicles with some colourful flare – the Pyrotechno is the Resolver weapon for you. This firework dispenser isn’t the most accurate. However, pointing and shooting is pretty much guaranteed to destroy something. Bursting off some firework explosive, this will deal with a tank or helicopter like it is nothing. All with the accompanying of a sparkle of a mini-firework display, what else can you ask for?

Far Cry 6 has a lot of emphasis on technology. Whether is auto-turrets, auto-detecting cameras, or maybe just big weaponised vehicles. The Zuesito rids you of your technological worries in one blue-tinged package. This EMP based weapons looks awesome as it charges up its EMP blast, taking out cameras, turrets and even tanks.

The Discos Locos Resolver weapons really symbolises Far Cry 6’s approach to weaponry. And all with a bit of music on the side. This weapon will launch literal CD’s at enemies making for a wacky and sort of silent killer. The Discos Locos means that you can sneak around killing enemies while listening to some absolute bops. Because nothing screams stealth like ‘Livin’ La Vida Loca’ blasting from the bushes.

What do you think are the best Resolver weapons in Far Cry 6? Let us know over on our social channels!