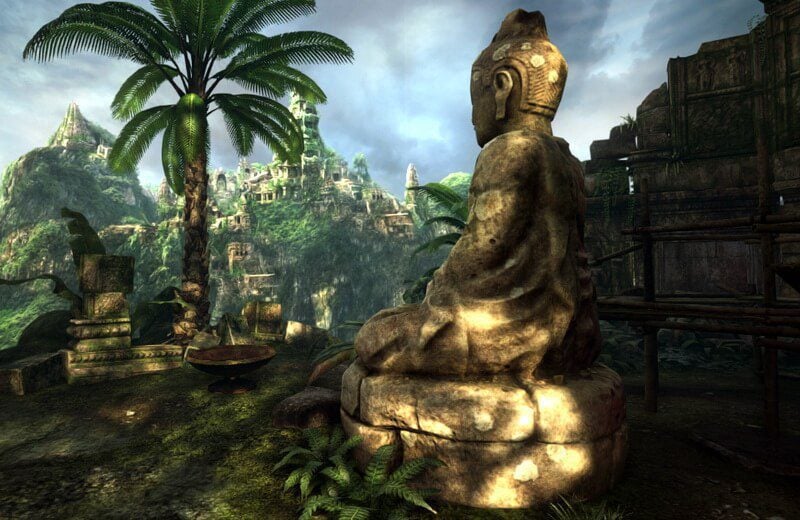 Powerstar Golf was released as an Xbox One exclusive in 2013. The game was developed by Zoe Mode and published by Microsoft Studios. Powerstar Golf is regarded as one of the biggest Xbox One flops released so far and it does have some valid reasons.

The game had cartoonish graphics which seemed to have looked exactly the same even on Xbox 360. There wasn’t actually any kind of ‘next gen’ hardware feel in the game which disappointed a lot of fans. To add to that, the game’s micro transactions were a mess and it lacked an online multiplayer version. The game received relatively low rating of only 65 on Metacritic.

The next game to feature on this list is Crimson Dragon. The game developed by Grounding Inc. and published by Microsoft Studios was released in 2013. The rail shooter game was regarded as the spiritual successor to Panzer Dragoon series by looking at its similar gameplay.

Crimson Dragon, which initially needed Kinect to play and later was shifted to gamepad, received very poor response from both critics and fans upon its release. The game was criticized for almost all of its aspects including graphics, sound, level design, controls and gameplay.

Almost all the leading game reviewers also mentioned about the game’s poor use of micro transactions, which was also one of the major reasons of its downfall. The game received scores of only 56.11% and 55 on GameRankings and Metacritic.

Zombie Driver: Ultimate Edition was a big disappointment. The game was criticized because of the repetitive nature of its story mode, which gave the players little challenge and excitement to look forward to.

According to critics, it is a fun game to play for 10-15 minutes, but after that it gets boring. Another major reason of the game’s failure was the absence of a real multiplayer mode. If there was a real multiplayer mode in the game, it would have been somewhat successful. The game scored a meager 59.5 on Metacritic.

Kinect Sports Rivals features next on our list. The game, which was released in 2014, was developed by Rare and published by Microsoft Studios. The game uses Xbox One’s Kinect motion sensing camera and was the fourth game of the Kinect series. The players can play sports like bowling, jet-ski, tennis, soccer, rock-climbing and target shooting in the game.

Although the game promised a lot, it failed to live up to the expectations. Most importantly, the game lacked consistency which takes away all the fun from the game. The game also promised to give the players a flawless hands-free motion control gameplay experience which remained undelivered. The game received disappointing scores of 60 and 64.18% on Metacritic and GameRankings. It was also reported that the publishers of the game, Rare Ltd. incurred heavy losses from the game.

Fighter Within is one of the worst Xbox One exclusives ever. The game was developed by Daoka and published by Microsoft, and was released in 2013. The fighting game was one of the launch titles of Xbox One.

Fighter Within is widely popular for being one of the most negatively reviewed gaming titles ever. The game received a score of only 23 in Metacritic with Eurogamer, GameSpot, IGN giving away rating points of 1, 2, 2.7 out of 10 respectively. The action game was severely criticized because of its sluggish controls which didn’t seem to work half of the time. The other aspects of the game like gameplay, story, level design, graphics and sound were also very poor.

Dead Rising 3 was released 2013 and it had a decent launch. The game, developed by Capcom Vancouver and published by Microsoft, scored 78 and 78.45% in Metacritic and GameRankings respectively. You might be wondering why this game features in this list after being a decent one. The open world survival horror game is here not because of the core game, but due to the poor expansions that were released as follow ups.

The DLC released by Microsoft later was very dull and was criticized heavily by fans and the critics. The DLC failed to build on the core game and failed to impress almost everyone.

A total of four DLC packs were launched: Operation Eagle, Fallen Angel, Chaos Rising and The Last Agent. All of them were universally panned. There were allegations that none of the DLCs made an attempt to bring in some variety to the game. The four DLCs, which were priced at $10 each, received a poor rating of 47.5 on Metacritic.