Check out the latest gameplay footage trailer for the upcoming first-person shooter Hellraid. Take on hordes of zombies while taking in the beautiful environment landscapes when the game officially releases in 2015.

Hellraid is an upcoming FPS style video game that honestly reminds us of Skyrim and Dead Island which is pretty apparent from the video gameplay you can see down below. Players take the role of the last living family member that was cursed. By partnering up with an elderly mage, players will go against the odds to stop the infernal forces.

Hellraid doesn’t have a full release date as of yet but will be making it’s way out to market sometime in 2015 for the PlayStation 4, Xbox One and PC. Check out the latest gameplay trailer down below and let us know if you get the same Skyrim meets Dead Island vibe. 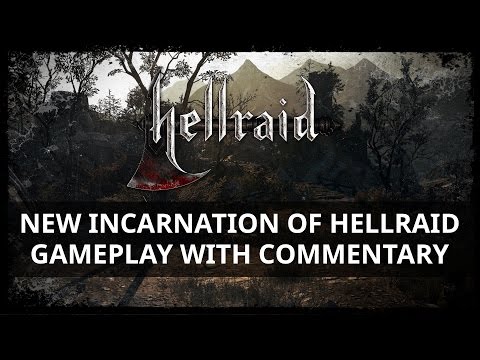