During Gamescom this year, Ubisoft has released a new video showing off the singleplayer campaign gameplay of Assassin’s Creed Unity with creative director Alex Amancio narrating.

The gameplay shows off one of the earlier missions for Arno, in which case you must assassinate a thug Templar. One of the key features Alex Amancio states is that the game simply gives you an objective. How you go about completing that objective is completely up to you.

Assassin’s Creed Unity will be releasing on October 28, 2014 for the PlayStation 4, Xbox One and PC. 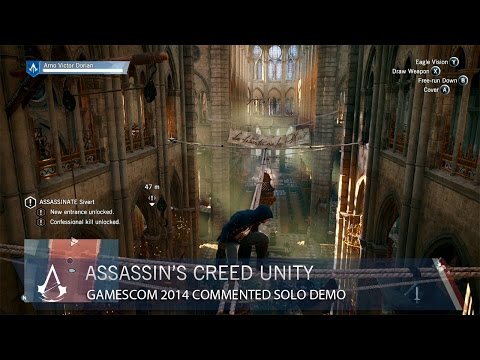