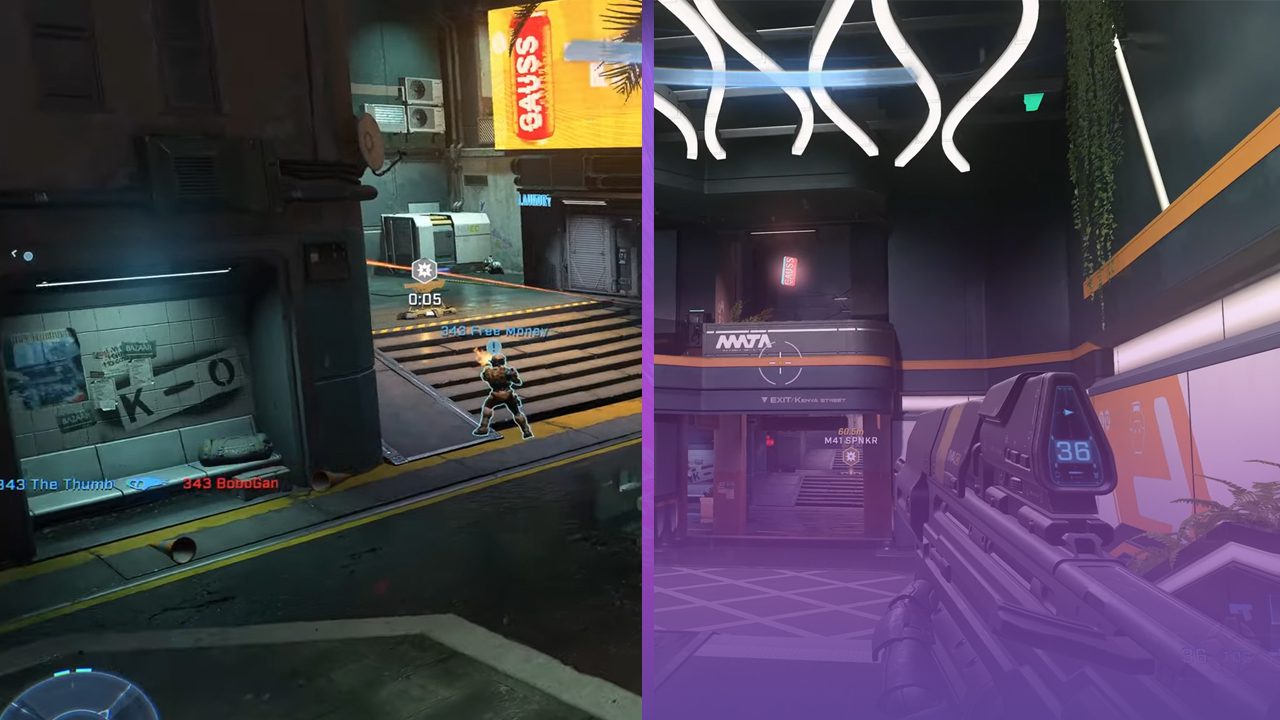 IGN shared the first look at a new Halo Infinite map yesterday, and it looks like another great addition.

The new map is called “Streets” and it’s a small arena map intended for 4v4 matches. It’s set in New Mombasa at night, which Halo 3: ODST fans will probably be excited to hear.

It takes place in a more of an entertainment-focused part of the city, with arcade machines and neon billboards helping to give the map more life. The arcade machines even play a MIDI version of the Halo theme. It’s a stark contrast to Bazaar, another city-based map in Infinite, which feels a bit more rugged.

You can watch a video of the new map below!

Deadlock has a very “classic” feel according to multiplayer creative director Tom French. High Power started out as a “test gym” not intended to actually release, but the devs liked it so much it stuck around and became a full map. Perhaps we’ll get more info about these two maps soon.

Lead multiplayer designer Andrew Witts also told IGN that remakes of old maps aren’t a focus in Infinite. “We want things to feel new” he said, “but we want things to be a bit reminiscent without giving you the exact same layout or the same layout with slight differences, because we’re a different game with different needs”. However, he didn’t rule out remakes altogether, so there’s still a chance we could end up seeing one.

Are you excited to play on Streets in Halo Infinite? Let us know on social media!