Styx: Master of Shadows is a prequel to the Of Orcs and Men. Players will take the role of Styx, the first Goblin in which he plans on stealing the heart of a world-tree. Protected under guarded watch in the Tower of Akenash with both humans and elfs, it will take massive skill to sneak through.

Though with Styx being the first Goblin, players will have a true art in stealth, theft and murder. The latest trailer just so happens to show off a number of those skills put to use.

Styx: Master of Shadows will be releasing on the PlayStation 4, Xbox One and PC this October. 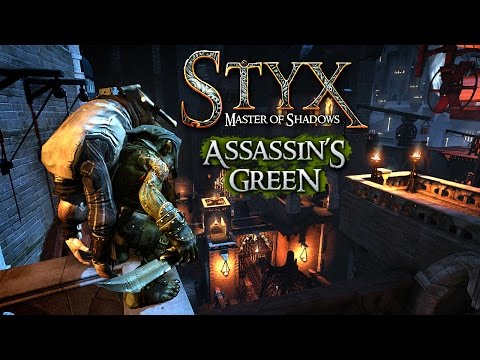