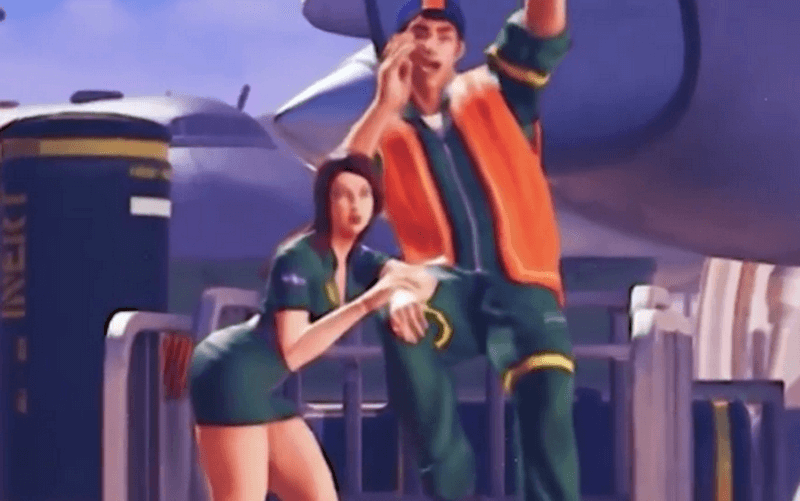 Well, this is awkward.

This occurs in Guile’s Air Force Base stage and a Twitter user called Tatsu the Wicked has captured the moment. This was seen during a battle between Guile and Nash.

Now, this is the same game who censored a female figther’s in-game animation that showed her slapping her own butt. It’s completely weird that on one hand the company is so conscious about its public image and don’t want to hurt anyone’s sentiments even at the cost of compromising on its creative liberties but on the other hand, it lets such a gesture get into the game, which is nothing but vulgar at most, serving no other creative purpose.

It’s unclear who she is directing this mime towards her. Maybe it’s for Guile and she’s showing him what’s in store for him once he beats the crap out of Nash, or maybe it’s just a tactic to put Nash off-guard so he loses his focus.

This girl is definitely in for some disciplinary actions from her superiors since she does all of this while in-uniform. Very un-soldier like behaviour, we must say.

It’ll be interesting to see how Capcom reacts to this and we’re not sure if it was intentional for this to get into the game or someone managed to sneak it in unnoticed.

Have you noticed any other weird events being done by the game’s background characters? We would love to see them if you’v found any.