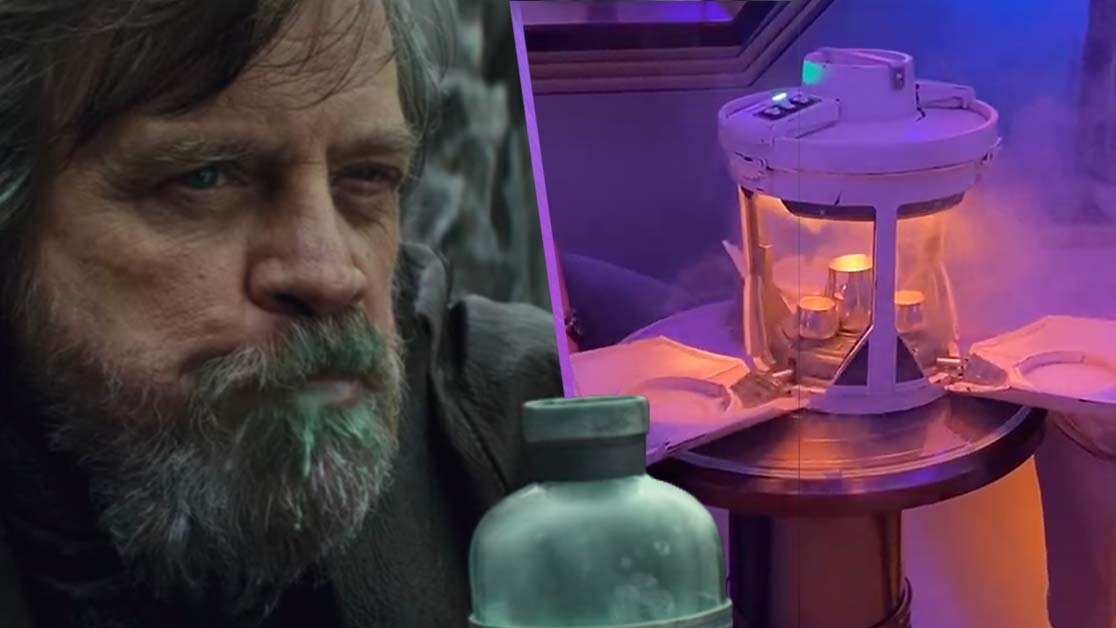 You might consider yourself a Star Wars fan, but have you had the $5,000 Star Wars themed drink on board a cruise ship?

If you answered no, you might not be as big of a fan as you thought. But jokes aside, the $5000 drink is real and you can only get it on board the Disney Wish cruise, the newest cruise ship launched by Disney.

It’s called the Kaiburr Crystal, it’ll set you back five grand, and it’s a cocktail modelled after the Star Wars universe. It comes in a big carrier with mechanical doors and smoke effects, which you can see in the video below.

To put things in perspective, entire rooms on the cruise ship cost as little as $2000, compared to this incredibly overpriced drink. Though if you’re spending that much on a drink, you’re probably not the kind of person who worries about where your money is going.

Still, judging by the video, it doesn’t seem like you get a whole lot for your cash. It looks like a few shots in a special container. Maybe they taste absolutely incredible, but even so, I’m not sure the $5000 price tag is warranted.

Reactions on social media have been about what you’d expect. One tweet said “it better come with a real light saber at that price”, and I’m inclined to agree. Another said “this better include the entire cost of my wedding to Obi-Wan Kenobi, because oh my god”.

Another defended the hefty price tag, saying “there are drinks out there more expensive than the Kaiburr Crystal. It’s a one off drink for people who are into conspicuous consumption. No one is being forced to buy it.”

That’s a fair point, though you have to wonder if the drink is worth it even if you have money to burn.

Yet to play the latest Star Wars game? You can buy LEGO Star Wars: The Skywalker Saga from £31.95.“