Sony Computer Entertainment Australia has revealed a new accolades trailer of the upcoming PS4 exclusive title inFamous : Second Son that displays appreciation from media along with the impressive graphical fidelity of the game, which yet again highlights the capability of PlayStation 4.

inFamous :Second Son this week already made place for itself in our feature of Top 5 most awaited PS4 games of 2014. And as the month of March arrives, we can’t help but get ourselves anxiously ready to unleash the new multiple powers of Delsin Rowe. Have a look at the trailer and we are sure, you’ll feel likewise. The game releases on March 21, 2014 for Ps4. For more PlayStation news, stay tuned to PSGang. 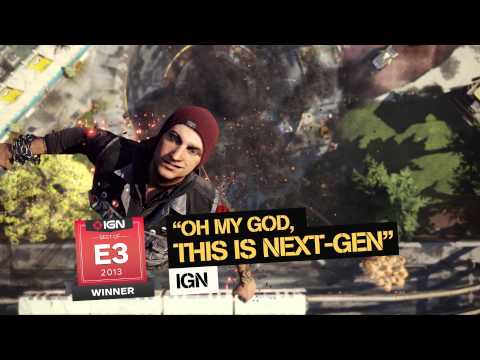