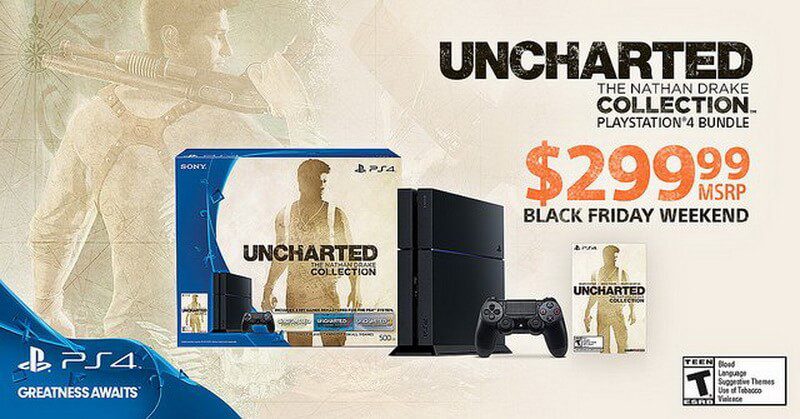 Sony has confirmed that it’s planning to release a special Uncharted: The Nathan Drake Collection PS4 Bundle, which will only be made available only during the Black Friday weekend (U.S only). This means it’ll be on sale from Thursday till  Cyber Monday.

It’ll include a 500GB Playstation 4 and all three Uncharted titles released so far; Uncharted: Drake’s Fortune, Uncharted 2: Among Thieves and Uncharted 3: Drake’s Deception.

The remastered Uncharted games come up with better graphics and brand new game modes for the PS4. The pricepoint of this bundle is sure to tempt even the most confused gamers about whether or not they should purchase a PlayStation 4.

Sony couldn’t have given a better Thanksgiving gift to gamers, especially those who’re running a tight budget. Not only do you get the PS4 but also 3 of the most amazing first-party titles Sony’s ever made. Be ready as the lines will be long and the deal won’t last long (that actually rhymed).